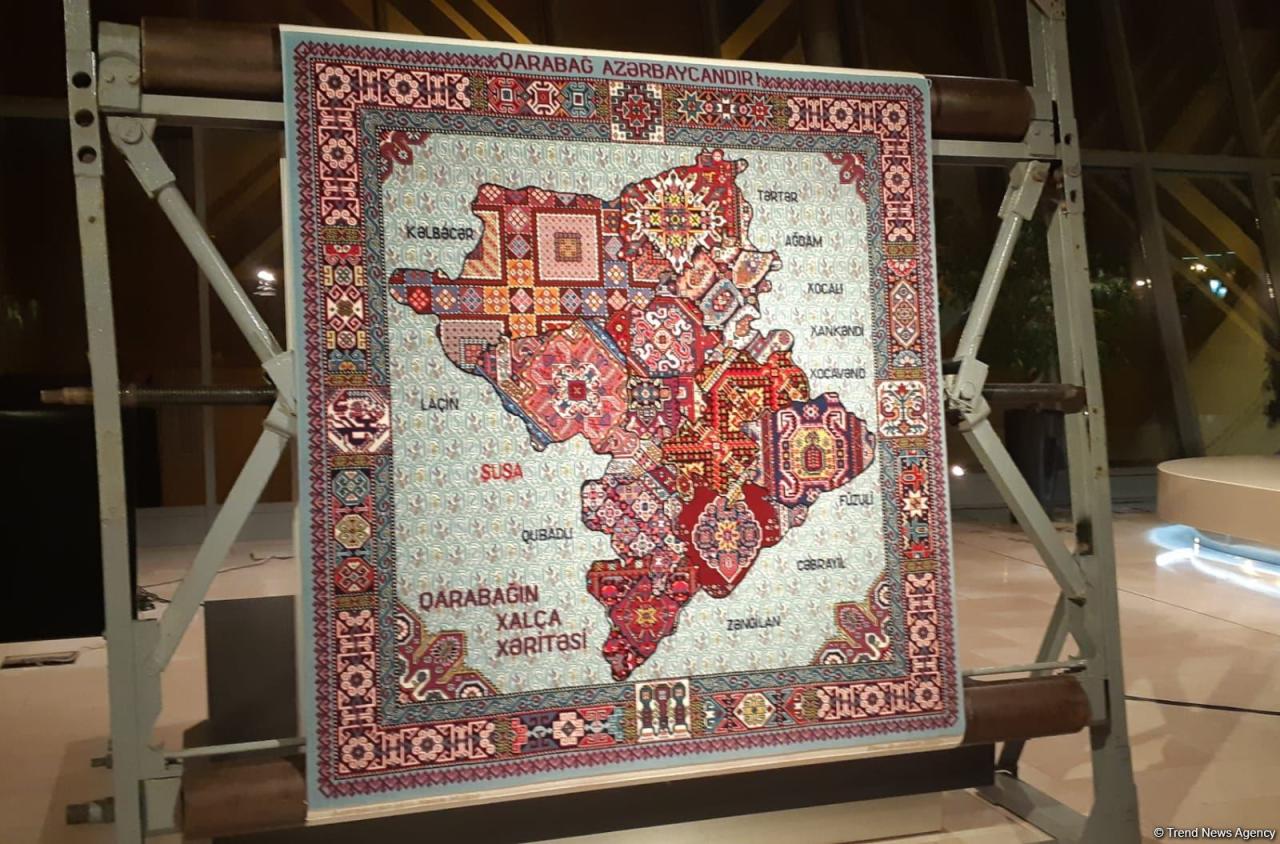 The National Carpet Museum has showcased a Victory Carpet woven within the project “Carpet Map of Karabakh”. A tapestry “Shusha” was also presented as part of the event.

A minute of silence was observed in the memory of the martyrs who fought for the liberation of Azerbaijan’s territories from the Armenian occupation.

In her speech, director of the Carpet Museum, Doctor of Philosophy in Art Criticism, Honored Cultural Worker Shirin Melikova noted that the museum was actively involved in information activities during the Patriotic War.

“Our museum, which houses the largest collection of Karabakh carpets, has provided extensive information about these exhibits in local and foreign media. Moreover, posts about these carpets were published on social networks in three languages ​​- Azerbaijani, English and Russian…,” said Melikova.

Initially, the map included only black and white images of Karabakh carpets. After the liberation of Karabakh, these parts in the map became colored.

A carpet was woven on the basis of this map. It features ornaments of famous carpet compositions from different parts of Karabakh region.

There is an expression “Karabakh is Azerbaijan” on the Victory Carpet.  The patterns on the carpet symbolize the unity of the Azerbaijani people and features

The idea of ​​the Victory Carpet was put forward by the museum itself.  The carpet was woven within three months. Around 48 colors were used in this process.

The Carpet Museum director expressed her gratitude to everyone who contributed to the creation of the Victory Carpet.

Speaking about the tapestry “Shusha”, she emphasized that it belongs to Honored Artist Adil Shikhaliyev, who celebrates his 75th anniversary.

The central part of the tapestry triptych depicts the city of Shusha before the occupation. The other sides show the fire of the battles and the post-war landscape.

At the event, the chairman of Azerkhalcha OJSC Emin Mammadov noted that over the past two months, Azerkhalcha held a competition titled “Victory”.

The contest participants took part in the training held at the Carpet Museum.

In his speech, Emin Mammadov stressed the importance of the development  and promotion of carpet weaving art.

Further, the museum’s chief artist, Honored Artist  Tariel Bashirov informed public and cultural figures about the ornaments and patterns of the Victory Carpet.

In turn, Adil Shikhaliyev provided insight into the tapestry “Shusha”.

Next, the carpet was presented to the museum visitors in compliance with all ancient traditions.

The ceremony was attended by prominent public figures, participants and veterans of the Second Karabakh War, members of the families of martyrs, well-known cultural and art figures.

At the end of the evening, the play “Fitne” was presented to the children of martyrs.

The shadow play was staged by the museum’s Children’s Museum Department to mark the 880th anniversary of Azerbaijan`s poet and thinker Nizami Ganjavi.

Previous Unique video projection to be presented on Victory Day
Next President, Commander-in-Chief of Armed Forces Ilham Aliyev made speech in front of servicemen in Shusha 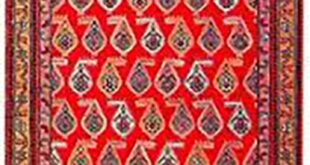