The Head of the Azerbaijani community of Azerbaijan’s Nagorno-Karabakh region, MP Tural Ganjaliyev, has condemned “the congratulatory letter” sent by Rachel Harder, a member of the House of Commons of the Canadian Parliament close to the Armenian lobby over illegal elections held in occupied Nagorno-Karabakh.

“As the head of the Azerbaijani community of the Nagorno-Karabakh region of Azerbaijan and the Azerbaijani-Canadian friendship group in the Azerbaijani Parliament, I condemn and strongly object to the irresponsible “congratulatory letter” sent from Rachel Harder, a member of the House of Commons of the Canadian Parliament close to the Armenian lobby, to the representative of the so-called regime in the occupied territories of Azerbaijan,” Ganjaliyev wrote in his Facebook page on May 30:

Ganjaliyev reminded Canadian MP Harder that while Armenia continues to illegally occupy the Nagorno-Karabakh region of Azerbaijan and adjacent territories in violation of the basic principles of international law, UN and other international organizations, the Azerbaijani population has been forcibly evicted from their homes through ethnic cleansing and deprived of basic human rights for more than 28 years now.

“In this context, trying to “legitimize” the “election show” in the occupied territories of Azerbaijan on March 31 and April 14, 2020, is a disrespect to fundamental human rights and the rule of law. The international community, including Canada, unanimously rejected the “election show” in favour of law and justice, and expressed solidarity with Azerbaijan.

Unfortunately, the parliamentarian of a country like Canada, which has high respect for human rights and freedoms, has expressed support for Armenia’s policy of ethnic cleansing against Azerbaijanis, thus casting a shadow over Canada’s foreign policy interests and values.

In the meantime, Ganjaliyev told Trend News Agency on June 2 that Rachel Harder’s assistant is a Canadian citizen of Armenian origin. “Most likely, the assistant provided false information to MP Rachel Harder. It would be good if after receiving such information the deputy would clarify it and take action after studying the issue of the conflict objectively”, he said.

Ganjaliyev also reminded that Canada recognizes the territorial integrity of Azerbaijan and attaches great importance to high democratic principles and the rule of law. “Therefore, such a step of the Canadian parliamentarian arouses the feeling of regret”, added he.

Ganjaliyev added: “We express our gratitude to the international community, including those who support our just struggle in Canada, and call on those who oppose justice to refrain from this wrong path and support the Armenian and Azerbaijani communities of the Nagorno-Karabakh region to live together in peace within the internationally recognized territorial integrity of Azerbaijan”.

It should be noted that the illegal elections in Nagorno-Karabakh have been rejected by international organizations such as the EU, the European Parliament, Council of Europe, NATO, Non-Aligned Movement, OIC, among others as well a number of countries, including the UK, Germany, Turkey, Italy, Georgia, Ukraine, Estonia, etc. 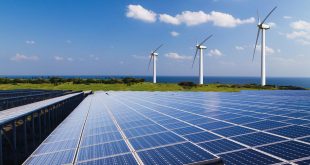