Home / Politics / KarabakhSpace.eu: It is time to reveal the fate of missing persons from the first Karabakh War

KarabakhSpace.eu: It is time to reveal the fate of missing persons from the first Karabakh War 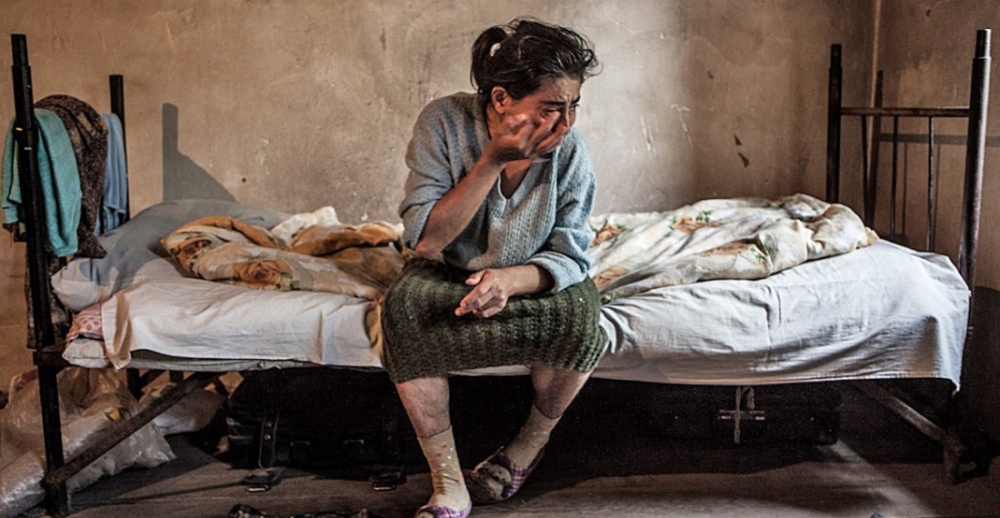 KarabakhSpace.eu has published an article headlined “It is time to reveal the fate of missing persons from the first Karabakh War”.

Written by Vasif Huseynov, a Senior Advisor at the Center of Analysis of International Relations (AIR Center), the article reads: “Wars are never only about territories, military hostilities, or geopolitics. For the people directly affected by the hostilities, wars are associated primarily with humanitarian tragedies and sudden loss of loved ones. I have personally experienced that. In 1993, I, then a 4-year-old toddler, together with the rest of my family, had to escape on foot as the Armenian forces advanced on the village of Bashlibel in the Kalbajar district.

On April 2, 1993, Kalbajar’s residents, then approximately 60,000 people, woke up to the horror of being surrounded by the Armenian armed forces. The Armenians gave local Azerbaijanis only ten hours to leave the area. The alternative was being killed or, worse, taken hostage. They did not care how the Azerbaijanis would leave Kalbajar, despite the only passage to the unoccupied northern part of Azerbaijan being through the freezing mountains of Murovdag, where about twenty inches of fresh snow had fallen that day. For most local people, the only available means of transportation were horses, which were little help for a quick escape through snowy, mountainous regions. The available cars and a strictly limited number of helicopter flights could rescue only a handful of people.

Counteroffensive operations by the Azerbaijani army succeeded in protecting most of the population and helping rescue them from the Armenian attacks, but they failed to push the Armenians back.

As a 4-year-old child, I had no clue what was happening, why people were leaving their homes in panic, or where we were heading on foot in the cold morning. I hardly remember the shock my family experienced then, but, retrospectively, I can see how traumatic it must have been for my mother, then seven months pregnant with my sister, and my disabled grandmother, who could not walk without assistance.

The First Karabakh War of 1991-1994 is such a tragedy of which wounds in the hearts of thousands of Azerbaijanis still hurt despite the 30-year period passed since then. While the territories Armenia’s Armed Forces forcefully expelled Azerbaijanis from were liberated in late 2020 thanks to Azerbaijan’s military victory in the Second Karabakh War, there are issues related with the First Karabakh War on which thousands of people are still waiting for news. The fate of nearly 4,000 missing persons, including 719 civilians (326 elderly, 267 women, and 71 children) along with prisoners of war, is one of them.

On February 4, the virtual summit of the Armenian and Azerbaijani leaders via the mediation of France’s President Emmanuel Macron the European Council President Charles Michel reaffirmed the necessity to reinvigorate the efforts to search for missing persons from the hostilities of the early 1990s. France has declared its readiness to support Azerbaijan in the process of searching for missing people and provided financial contributions to the International Committee of the Red Cross (ICRC) for its work in search of missing persons.

A few days after the February 4 summit, Armenia’s Prime Minister Nikol Pashinyan told reporters that the Armenian side had returned the bodies of 108 people who have been missing since the first Karabakh war to Azerbaijan over the past year and 2 more bodies would be handed over soon. Although he announced this as an example of the humanitarian qualities of the Armenian side, it is not clear why Armenia waited for 30 years to return the dead bodies of those people whose families grieved all along this period. Nor was an effective investigation carried out by the Armenian authorities into the fate of missing persons, and this in flagrant breach of the country’s obligations under international law throughout the entire interwar period (1994-2020).

The spokesperson of the Azerbaijani Ministry of Foreign Affairs commenting on this latest twist of events indicated that this policy shift of the Armenian government (i.e., the return of the remains of some missing persons) might have been triggered by the imminent discovery of mass graves of Azerbaijanis in the liberated Karabakh territories, and the presentation of the evidence to the international community – implying that, seeing the emergence of undeniable facts, Armenia decided to be more cooperative in order to minimize any international backlash for these crimes. Azerbaijan has already discovered a number of such burial places where people were buried after being summarily killed.

But not all those reported missing among Azerbaijani population were immediately killed upon their capture by Armenians. Azerbaijan has evidence, at least partly corroborated by the International Committee of the Red Cross, that 267 Azerbaijani civilians (including 29 children; 98 women; 112 elderly people) were taken hostage and never released by Armenia. This includes some of my relatives who were taken hostage by Armenian Armed Forces in the course of occupation of our Bashlibel village in Kalbajar in 1993. We never learned what happened to these people who were forcefully taken to Armenia or went missing in that period.

Reports in western media sources at the time, including an article in the Washington Post in 1994, suggested that those that had not been killed, were forced to work as slaves. Their fate has never been determined.

While propagating all around the international media, opening lawsuits in international courts, consistently raising the fate of the Armenian sabotage group detained by the Azerbaijani side after the end of the Second Karabakh War, Armenia needs to show empathy and remember the fate of those thousands of Azerbaijanis who were taken hostage or killed in unclear circumstances in the early 1990s. In contrast, Azerbaijan immediately returned, without any preconditions, more than 1,700 dead bodies of the Armenian servicemen fallen during the 2020 war as well as more than 100 detainees since the end of the war.

It is now Armenia’s turn to provide accurate information about the burial sites of the missing persons and return their remains. For peace and reconciliation in the region, both sides need to cooperate in the identification of the burial places of nearly 4,000 Azerbaijanis still registered as missing, investigate the circumstances of their death, and punish the criminals. This would greatly help the internationally-mediated efforts to overcome the hostile atmosphere and open a new and more peaceful chapter in Armenia-Azerbaijan relations.”