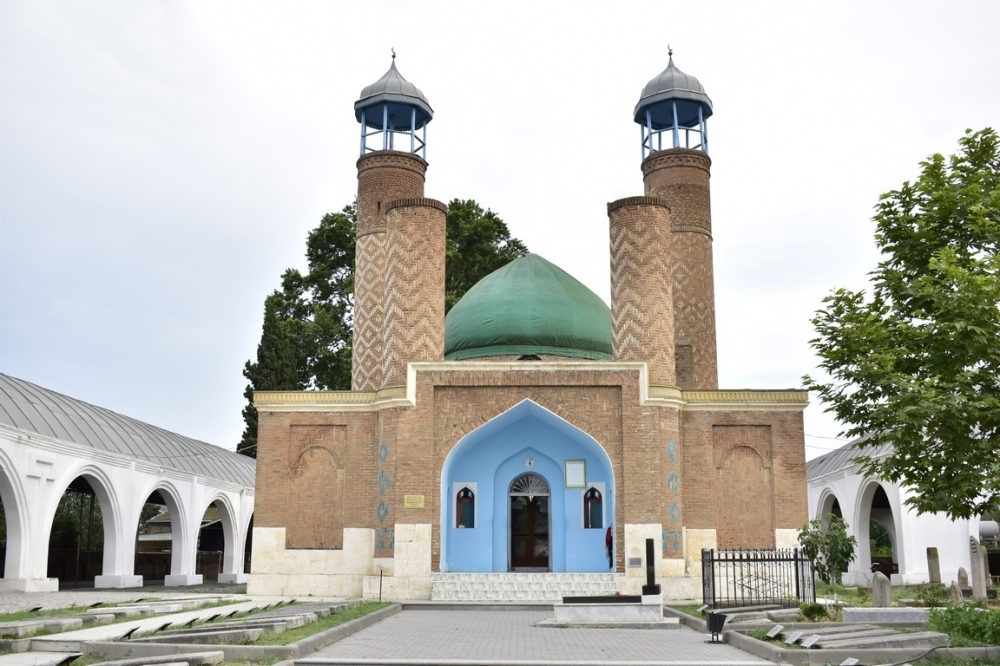 Karbalayi Safikhan Karabakhi was an Azerbaijani architect and one of the prominent representatives of the Karabakh architecture school.

He made a special contribution to the development of architecture of Karabakh.

In buildings built by him, especially in the mosques the constructive elements of the eastern architecture were connected to local traditions.

Designs of Karabakhi, such as those for mosques in Aghdam and Barda, employ simple devices based on Azerbaijani architectural traditions.

Reconstruction of Imamzadeh mosque in Barda (1868), mosque in Aghdam (1870), as well as the Tatar mosque in Odessa, Ukraine (1870), Qarabaglilar Mosque (1880) in Ashgabat are best works of Karbalayi Safikhan Karabakhi.

Among his famous architectural works are also the Yukhari (Upper) and Ashaghi (Lower) Govharagha Mosques, so named according to their locations in the city of Shusha, cultural capital of Azerbaijan. Both of them were built at the end of the 19th century on designs by Karbalayi Safikhan Karabakhi, who was commissioned by Govhar Agha, the daughter of Karabakh Khan Ibrahim Khalil.

Both were constructed in the elegant twin-minaret style typical for mosques of the Karabakh region, and both were severely damaged during the First Karabakh War.