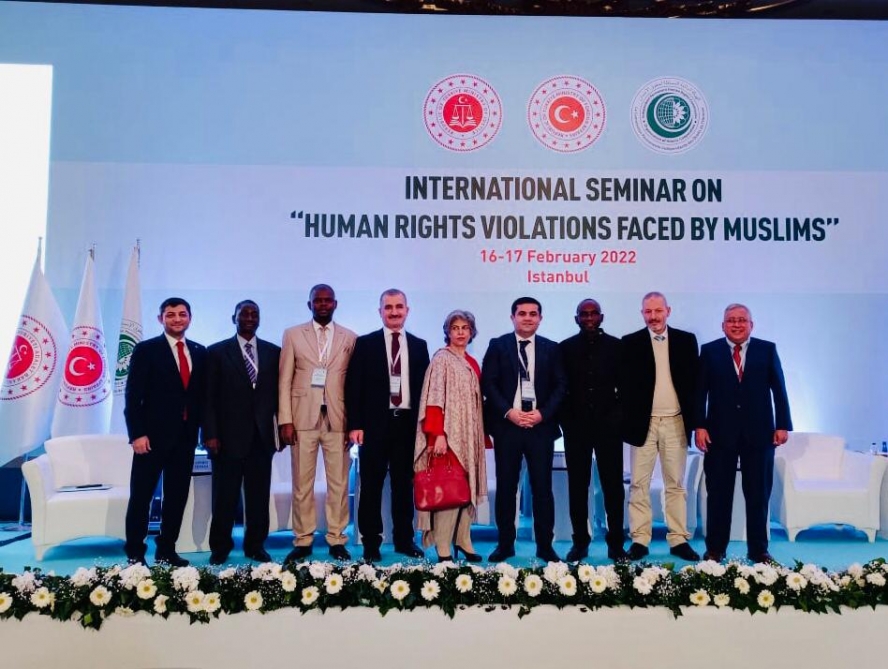 An international seminar on “Human rights violations faced by Muslims” co-organized by the Independent Permanent Human Rights Commission of the Organization of Islamic Cooperation and the Turkish Ministries of Justice and Foreign Affairs has been held in Istanbul.

Azerbaijan was represented by Head of the Office of the Commissioner for Human Rights Aydin Safikhanli.

Addressing the seminar, Safikhanli said that Islamophobia, like fascism, racism and xenophobia, caused gross violations of human rights and freedoms, and crimes against humanity. He noted that the main reason for Armenia’s policy of ethnic cleansing and genocide against Azerbaijanis for many years is religious and national factors.

Safikhanli also highlighted the Khojaly Genocide, where people were massacred because of their ethnic and religious affiliation. “Despite the fact that 30 years have passed since this horrific massacre, the perpetrators of this heavy crime have not yet been brought to justice,” he added. The seminar participants noted that the OIC recognized the crime committed in Khojaly as genocide and called on other Islamic countries to recognize this crime as genocide.