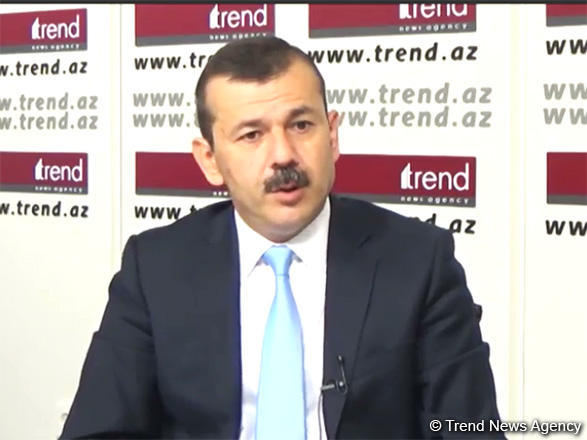 Both the Khojaly massacre and the shelling of Ganja are terrorist acts of Armenia against the Azerbaijani civilian population, political analyst Murad Sadaddinov told Trend.

He noted that throughout the history of the Nagorno-Karabakh conflict, Azerbaijan has witnessed how the Armenian Armed Forces used power against the peaceful Azerbaijani population.

“When [former] Armenian President [Serzh] Sargsyan was asked at the rostrum of the Council of Europe whether he participated in the Khojaly tragedy, he said yes and added that he considers this as a source of pride. In other interviews, he said that Armenia did it specifically to frighten the Azerbaijani people,” Sadaddinov said, adding that the Armenian Armed Forces ‘ shelling of the civilian population of Azerbaijani city of Ganja is also their intention to frighten the Azerbaijani population.

“However, Armenia does not understand that although at one time Azerbaijan did not have the strength to resist, today the Armed Forces of Azerbaijan have fifth-generation weapons in arsenal. We all know about the presence of such weapons thanks to the photo reports provided by the Ministry of Defense of Azerbaijan, which show how Azerbaijan conducts targeted operations only in relation to military facilities, which cannot be said about the Armenian side. Armenia has artillery and missile systems, which they use against the civilian population located around Nagorno-Karabakh and the front line,” he stressed.

Sadaddinov added that it is often said that Armenia is a fascist state and currently the fact of the shelling of the peaceful city of Ganja is proof of this. He explains that Ganja was shelled by the ‘Elbrus’ ballistic missile, which is in service of many countries.

“For the first time in the CIS countries, this missile was used by Armenia against the peaceful city of Ganja. Before that, it was used by Saddam Hussein during the Iran-Iraq,” he said.

“Meanwhile, the first ballistic missile was produced during World War II by a German engineer and was called the V-2. This missile was used by Adolf Hitler against the peaceful cities of the UK and Holland. When Hitler failed at the front, he turned his attention to V-2 missiles and called them “weapons of retribution.” So, about 2,000 missiles were dropped on London. By doing this Hitler wanted to scare the UK’s people, but it caused a backlash – the UK, despite the huge losses, gathered all their forces and with great effort began to fight the German aggressors. As a result, the fate of Hitler is known, Saddam Hussein’s fate is also known, now we will expect what fate Armenian PM Nikol Pashinyan will have,” he added, explaining that only the head of state can order a launch of such a missile from the territory of Armenia.

He also noted that when the coordinates for launching this missile are set, deviations go by 15-20 meters. This means that the missile was pre-programmed for the residential area of Ganja.

“We see that the Armenian side denies the fact of shelling the city, but today Azerbaijani technologies clearly show the launch point of this missile, which is known to everyone,” he added.

Meanwhile, Sadraddinov said the factor of Armenia’s non-compliance with the ceasefire is not surprising. The history of all the negotiation processes that took place during the conflict between Azerbaijan and Armenia shows how much Armenia used this situation to seize more and more territories of Azerbaijan.

Sadaddinov also added that in accordance with international humanitarian law, the fact that the peaceful city of Ganja, which is located at a great distance from the front line, was shelled by a ballistic missile at night is a fact of international terrorism.

“In accordance with the international rules of war, the Geneva Convention, any country that participates in hostilities undertakes not to use weapons against civilians. The events in Ganja are a sufficiently convincing fact for the international community to take appropriate measures against the aggressor country of Armenia,” he stressed.

Sadaddinov also addressed the international community, asking how long it keeps silent and turn a blind eye to what Armenia is doing.

“I am interested in the position of France. We heard the hysterical speech of the French President when he said that Azerbaijan allegedly brings terrorists from the Middle East, without providing any facts. I am interested in how France assesses the Ganja events,” Sadaddinov said.

“If today they shoot at Azerbaijan and kill civilians in Ganja, and this does not concern you, interferes with your interests and you are silent, then keep in mind that in the future this will lead to a repetition of similar facts,” Sadaddinov said, also noting that this is proven by history: at one time, English Prime Minister Arthur Chamberlain, after signing an agreement with Hitler, said that he brought peace to the UK with this agreement. However, history has proved that the aggressor must be stopped in any case. Chamberlain’s agreement led to World War II and millions of victims. This is happening now.

“If the world community does not clearly express its opinion with the condemnation and prosecution of these individuals, the future of our planet is unclear,” Sadaddinov concluded.