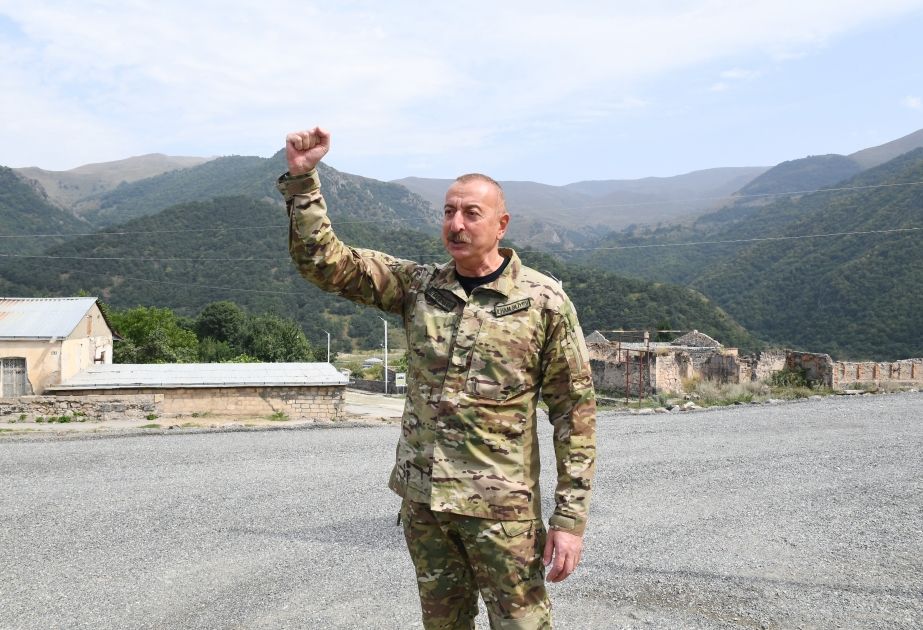 The resumption of Azerbaijani control over the city of Lachin has lived up to its strategic vitality in every conceivable way, reversing the historic injustice that its three-decade earlier illegal change-of-hands engendered. Out went the incommoded and seemingly livid temporary incumbents, whose presence in the area originated in a post-occupation illegal settlement and in came the lawful owners that are, to all intents and purposes, to stay in perpetuity.

Azerbaijan is appropriately jubilant, whereas for Armenia, the departure from the settlements located within the now-old Lachin corridor presents another vestige of retrenchment of what was grabbed after the First Karabakh War.

On 26 August, units of the Azerbaijani Army assumed full control of the district centre of Lachin and the adjacent villages of Zabukh and Sus. On 1 September, the new alternative route that is set to replace the Lachin Corridor will become fully operational and the Russian peacekeepers will be redeployed accordingly.

The element of surprise was absent. This development, envisaged in Article 6 of the 10 November ceasefire deal, has long been in the offing and, given the assertiveness and irreversible consistency demonstrated by Baku through unequivocal statements, its timing was by no means shrouded in uncertainty.

The relevant provision of the trilateral declaration stipulated that “a plan for the construction of a new route along the Lachin Corridor shall be determined in the next three years”, prescribing a timeframe as a roadmap. It is through Azerbaijan’s legitimately coercive steps that a plan for a new route was agreed upon between the parties expediently and the construction of the new connection by Baku was finalised long before the deadline.

Yerevan, despite being perfectly conscious of its obligations and the schedule clearly communicated to it by Baku, has chosen the path of shilly-shallying, insisting that the Azerbaijani side has been rushing things and their homework is incomplete. Upon closer examination, the Armenian recalcitrance seems to have been hinging on pretexts that light years away from being circumscribed as a subjective matter of opinion over the interpretation of Article 6.

Firstly, the original Armenian design over the corridor concept, preceding the 2020 war, was to occupy the whole Lachin district as an enlarged corridor, which largely explains the settlement of Armenians from Syria and Lebanon in the area, contrary to international humanitarian law. This 5km-wide corridor was an arrangement to which Pashinyan’s government acquiesced only with a great deal of reluctance.

Secondly, it does not require clairvoyance skills to establish that Yerevan wanted to imbue the illegal settlers with a sense of unwarranted permanence by refusing to dislocate the population from the city of Lachin and the adjacent villages. Pseudo-humanitarian arguments were in readiness to be employed, yet, when the time came, they proved to be of no practical value, as no substantial virtue was attached to them from the outset.

Thirdly, one should be mindful of the old corridor’s historic role in disconnecting Karabakh’s Armenian population from Azerbaijan, ensuring that all their vital needs were being met by Armenia. This, coupled with the use of the region’s resources to satisfy the needs of Yerevan, and bearing in mind the power lines commensurate with the old route, explains Pashinyan’s government’s delaying tactics regarding the implementation of Article 6.

The de facto Azerbaijani return to Lachin city and the completion of the new route presents a logical link in a wider diplomatic tug-of-war between Baku and Yerevan. If one attempts to dwell on President Ilham Aliyev’s reasoning when signing the 10 November ceasefire deal, one can discern three interrelated elements that appear to be central to his overall vision.

The new route was undoubtedly essential for the resumption of Baku’s control over the district and construction of the alternative road, bypassing Lachin, has fulfilled this obvious objective. At the same time, the old corridor, by virtue of its existing infrastructure, was indispensable in ensuring that the basic needs of the Armenian population of Karabakh were maintained, not by Baku but by Yerevan, frustrating the process of the future integration of the region with the economic landscape of Azerbaijan.

Any new arrangement in terms of power lines and other essential issues will need to be rearranged, enabling Baku to advance its own vision as to the corridor’s key aspects, beyond the bare fundamentals covering the facilitation of unobstructed movement of persons, goods and cargo.

On a different note, there are a plethora of considerations emanating from the leverage that Azerbaijan gained by means of the inclusion of Article 9 in the trilateral declaration. A finely balanced design entailing the regimes applicable to the Zangazur and Lachin corridors will mandate a more coercive application of Baku’s will.

Now that, less than two years after the trilateral declaration, the city of Lachin is again under Azerbaijani control, there can be no doubt that postwar Azerbaijan is not to be trifled with. The expediency with which the alternative route connecting Armenia and the part of Karabakh populated by ethnic Armenians was built is testament to President Aliyev’s ability to act with finesse, rustic ease, realpolitik and to diligently follow his own sense of timing.

The unvarnished truth has been re-emphasised. The Azerbaijani-Armenian normalisation process is of course a matter for intense negotiations, but it is not akin to an academic thesis where its undertaker is trying to find an answer to some obscure intellectual enquiry. The ultimate point of destination is, in its principle guise, already known; what could be of interest to an inquisitive mind, however, is the nature and specifics of the thorny and potholed road that inexorably leads to that finality. The Azerbaijani return to Lachin and circumstances pertaining to it constitute an integral element of the process, elucidating on the journey’s present trajectory.

Previous Minister: Azerbaijani gas most affordable for Bulgaria
Next Management in Azerbaijan Army carried out by use of modern digital communications means