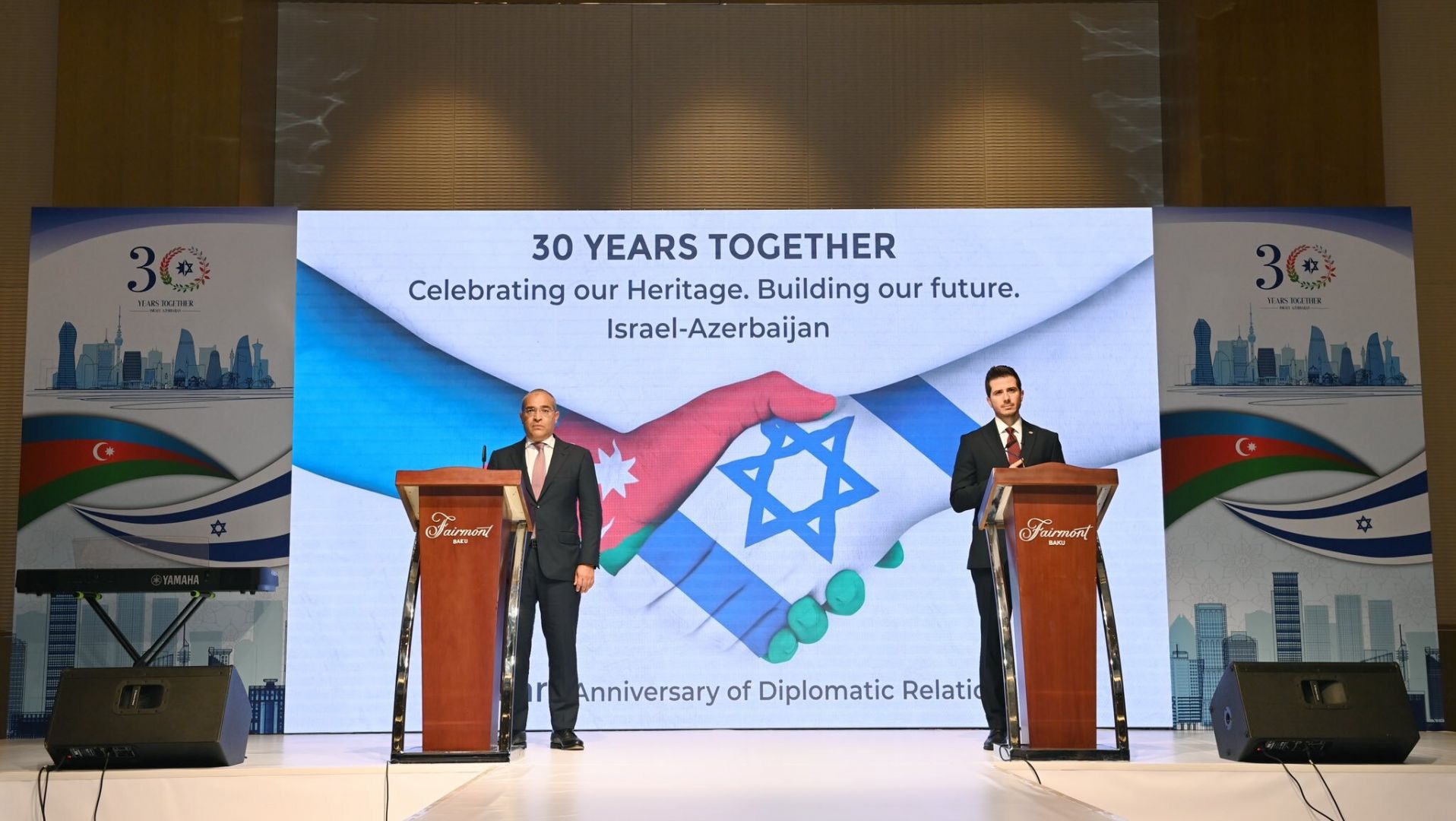 Azerbaijan is committed to further diversifying and deepening ties with Israel, Azernews reports with reference to Economy Minister Mikayil Jabbarov.

He made the remarks at the event dedicated to the 30th anniversary of the establishment of diplomatic relations between Azerbaijan and Israel.

Noting that the bilateral ties between the two countries are based on friendship and mutual respect, the minister added that they are further strengthened by the rich history and cultural links of both countries’ people.

“Today we are celebrating the 30th anniversary of the establishment of the diplomatic relations between the Republic of Azerbaijan and the State of #Israel. The bilateral ties between our countries, which are based on friendship and mutual respect, are further strengthened with their rich history and cultural links with our people. I am pleased to express our will to further diversify and deepen our ties, and we are certain that the cooperation relations will dynamically develop,” Mikayil Jabbarov wrote on his official Twitter page.

Azerbaijan and Israel have been expanding bilateral cooperation over years. Cooperation between the two countries is based not only on economic partnership but also on traditional historical and cultural roots, as well as mutual respect and trust.

During the 44-day Second Karabakh War, Israel was among the first countries to express support for Azerbaijan’s just position and territorial integrity. In addition, Israeli companies are involved in the restoration and reconstruction process in Azerbaijan’s liberated territories.