Minister: Poland is keen to develop cooperation with Azerbaijan 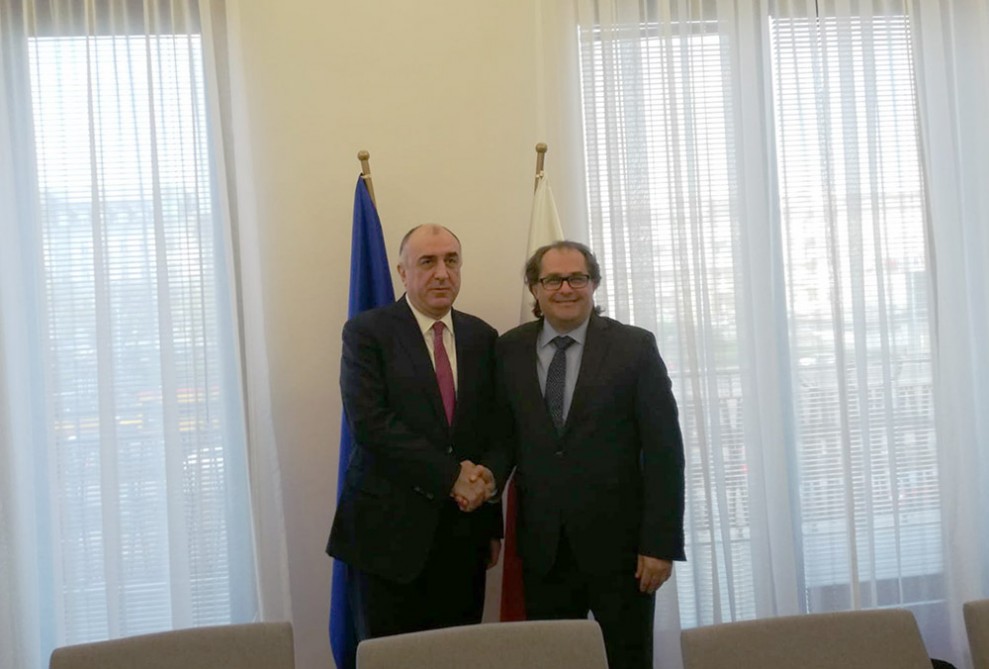 Minister of Marine Economy and Inland Navigation of Poland Marek Gróbarczyk expressed his country’s keenness to cooperate with Azerbaijan in shipbuilding and stressed the importance of exchange of experience in the field of technology between the two states as he met with Azerbaijani Foreign Minister Elmar Mammadyarov.

Minister Marek Gróbarczyk noted that his country is also interested in cooperation with Azerbaijan in the production of seafood.

The Polish Minister gave detailed information on the activity of the ports of Poland and hailed the great potential for economic development between the two states.

The sides discussed transit and intermodal transport issues between the two states.