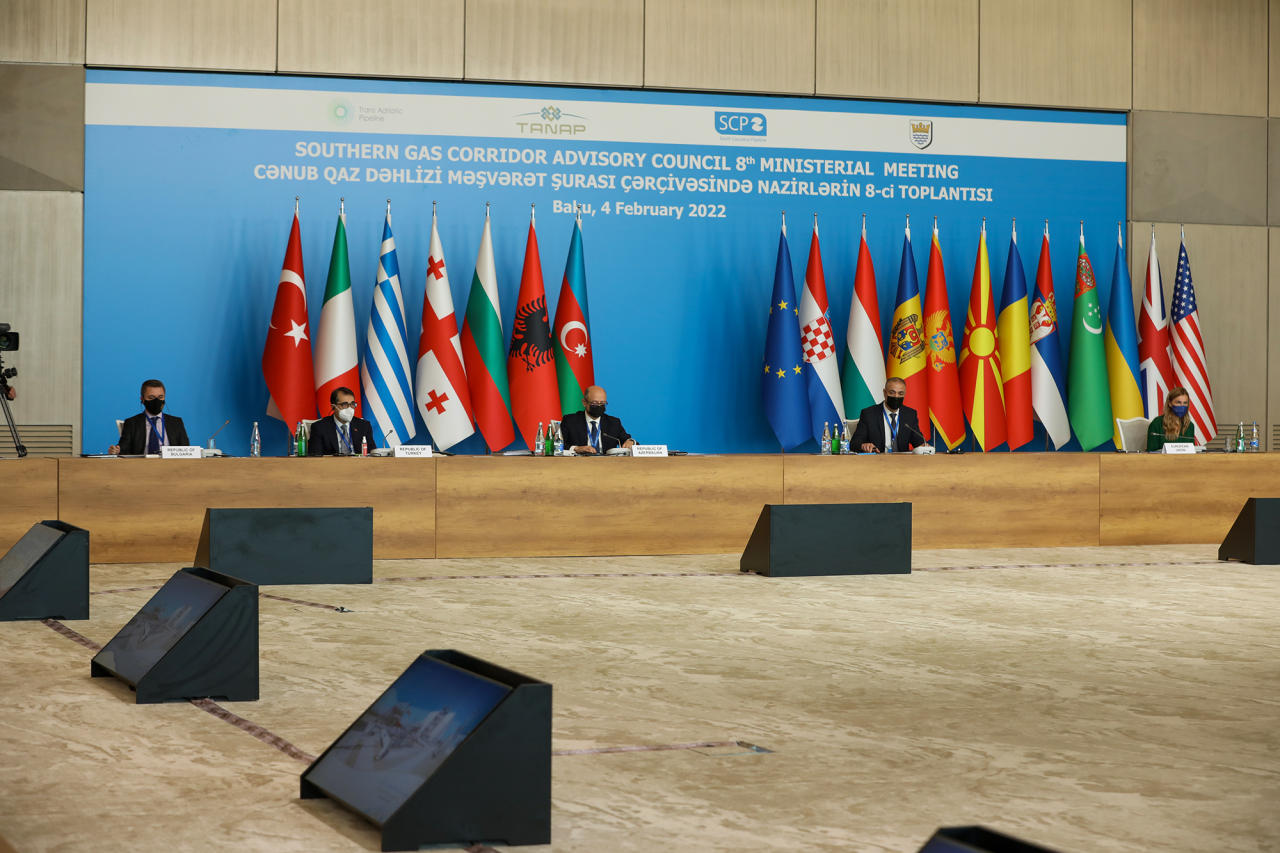 The 8th ministerial meeting of the Southern Gas Corridor Advisory Council, held in Baku on February 4, reaffirmed the strategic energy partnership between Azerbaijan and the European Union based on shared goals on long-term energy security, security of supply and the green energy transition.

The remark was made in a press statement by the co-chairs, Azerbaijan’s Energy Minister Parviz Shahbazov and European Commissioner for Energy Kadri Simson.

“We welcome the successful outcome of the full scale first operational year of the Southern Gas Corridor and its contribution to the provision of reliable, competitive and affordable energy supplies from Azerbaijan to markets in Georgia, Turkey and Europe,” the statement reads.

The co-chairs noted that the transmission system spanning across six countries contributes to a diversification of energy supplies and sources including to regions that previously lacked access to natural gas, where it can also support an accelerated coal phase-out.

“Azerbaijan continues to play a strategic role as a key enabler of the Southern Gas Corridor and it continues its efforts to deliver secure, stable and affordable energy supplies to Europe. The recent global surge in gas prices has once again highlighted the need for the diversification of supplies,” the statement reads.

At the same time, the co-chairs emphasized the efforts from all interested parties in examining the possible extension of the Southern Gas Corridor towards new energy markets, including the Western Balkans.

It was noted that as a next step, it is important to assess all commercial, environmental, technical, regulatory and climate-related matters, which could emerge during the realization of any future extension of the Southern Gas Corridor.

“The shareholders of the Southern Gas Corridor project are signatories to a variety of the climate and sustainable development initiatives, including Methane Guiding Principles.  Further operations of the Southern Gas Corridor will be gradually based on the implementation of the Parties’ and the industry’s best practices of sustainable activities in line with relevant regulatory frameworks,” the statement reads.

The Southern Gas Corridor is an initiative of the European Commission for a natural gas supply route from Caspian and Middle Eastern regions to Europe. The route from Azerbaijan to Europe consists of the South Caucasus Pipeline, TANAP and TAP.