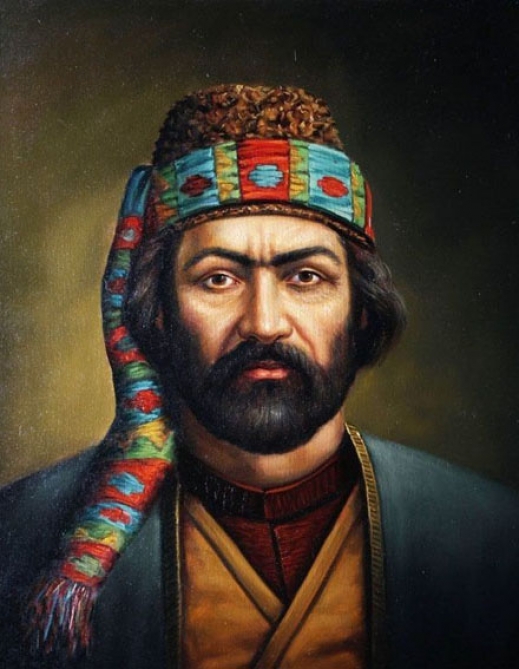 Vagif is prominent in the history of Azerbaijan due to his literary and political activities. He was a great poet, the founder of the new realism genre in Azerbaijani poetry, and also an Eshikagasi, the minister of foreign affairs in the Karabakh khanate.

Vagif was born in the Kazakh district of Azerbaijan but spent most of his life in Karabakh, which he was always associated with. Due to his knowledge and his talents Vagif became popular with and beloved among the Karabakh people.

Vagif’s works herald a new era in Azerbaijani poetry, treating more mundane feelings and desires rather than the abstract and religious themes prevalent in the Sufi-leaning poetry of the time. This was the main characteristic that distinguished Vagif from his predecessors and made him the founder of the realism genre in the Azeri poetry. The language of Vagif’s poems was qualitatively innovative as well. It was vivid, simple, and clear. That’s why Vagif’s poems, or goshma, have influenced Azerbaijani folklore and have repeatedly been used in the folk music of ashugs.

When he was Eshikagasi, Vagif also helped the Karabakh khanate flourish and grow politically. Further, he organized the defense of Shusha during the invasion by Shah Qajar from Persia in 1795 and 1797. Vagif died during the disorders that followed the last invasion in 1797.

Previous Head of inter-parliamentary working group: Estonia attaches importance to its relations with Azerbaijan
Next Coordination Council of Azerbaijanis set up in Italy