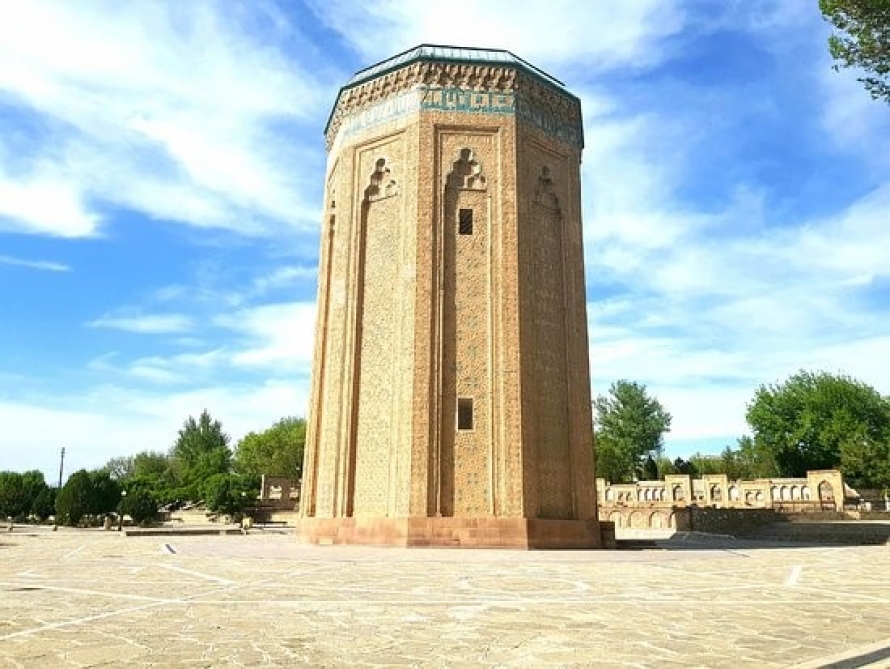 Momine Khatun Tomb is one of the most exquisite models of Turco-Islamic cultural monuments of Nakhchivan that was built by the distinguished architect Ajami Abubakroglu Nakhchivani and situated in the center of Nakhchivan.

This monument consists of an underground crypt and an over ground tomb. The inside of the monument is round, but its outside is ten-sided shape. The founder of the Great Atabeg State of Azerbaijan, Atabey Shamsaddin Eldaniz ordered to build this tomb in commemoration of his late wife, Momine Khatun who passed away in 1175. Сconstructional works of the tomb were completed during the reign of his son, Mahammad Jahan Pahlavan. Following the funeral of Momine Khatun, Atabey Shamsaddin Eldaniz and his son Mahammad Jahan Pahlavan were also entombed in the crypt of this historical monument.

Distinguished with its marvelous beauty, laudable compositional features and exquisite decorative ornaments, as well as considered masterpiece of medieval art of Azerbaijan, Momine Khatun Tomb is a globally important and magnificent monument.

Highly appreciating Momine Khatun Tomb, national leader of Azerbaijan, Heydar Aliyev stated: “It is a priceless historical monument. Momine Khatun Tomb truly proves the establishment of great architectural school and rich cultural heritage formed in Azerbaijan during the 12th century and The Middle Ages. Alongside its architectural value, this monu¬ment is the sign of ancient and steady statehood traditions of Azerbaijan.”