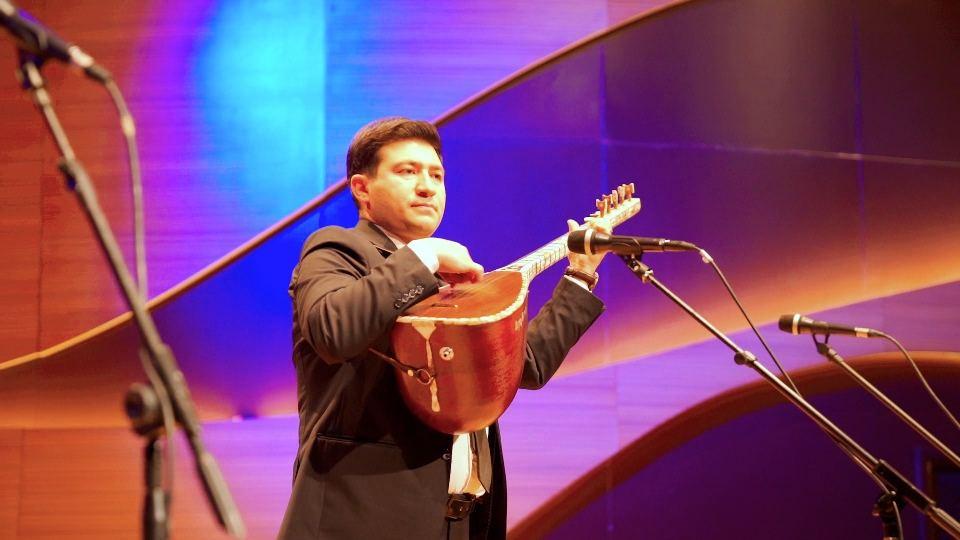 The International Mugham Center has celebrated the 200th anniversary of Ashug Alasgar, known as an outstanding representative of the ashug art.

The event was organized by the Mugham Center,  the Institute of Folklore and Dede Alasgar Ojagi Public Association in accordance with the order of the President of Azerbaijan Ilham Aliyev on holding the 200th anniversary of Ashug Alasgar.

A documentary film “Ashug Alasgar” was presented as part of the event.

At the presentation, chairman of the  Dede Alasgar Ojagi Public Association, the great-grandson of Ashug Alasgar Khatai Alaskarli stressed that that the public association had implemented a number of projects dedicated to the significant date of one of the great representatives of folk poetry.

Several books of the ashug have been published, including in the Georgian and German languages. In November, a book dedicated to Ashug Alasgar was presented in Turkey.

He called  Ashug Alasgar a symbol of both Azerbaijani and Turkic folk culture.

” Ashug Alasgar  is a master whose work is generally connected with the art of ozan. Being boundlessly attached to traditions, language, ideology, religious worldview, he possessed the creative potential of an artistic personality,” he added.

It was noted that in 2009 the art of Azerbaijani ashugs was included in the representative list of the Intangible Cultural Heritage of UNESCO.