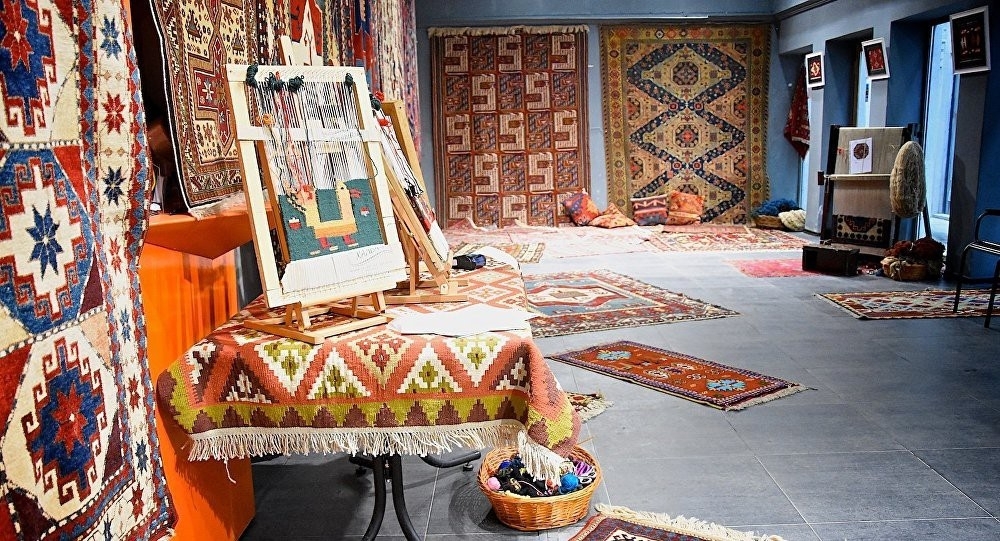 Azerbaijan carpets are traditionally divided into four types, so-called “carpet schools”, all of which have distinct characteristics.

The carpets from various regional types differ by three features: ornaments, manufacturing technique and the kind of article in question.

Karabakh carpets comprise 33 different compositions in total. Due to the specifics of the local sheep wool, the Karabakh carpets are characterized by the thick, high and fluffy pile. These carpets distinguish themselves with their vivid and joyous colours.

The Karabakh carpet school have traditionally developed in two areas: in lowland and mountainous parts of Karabakh.

In the low-lying areas, undoubtedly the dominant centers better provided with raw materials were Jabrayil, Aghdam, Barda and Fuzuli. Around each of these cities, there are many villages where the population was engaged in the production of carpets for sale. Such types of carpets as “chelebi”, “aran”, “goja”, “achmayumma”, “shabalid-buta”, “bahmanli” and “mugan” were woven here.

Geographically, Mughan carpet is classed under the Shirvan group. Technically, it should be regarded as a Karabakh type of carpet. In Azerbaijan, there are about 17 villages with the same name of Mughan: Mughan Gancali, Muganli, Muganclik, Mehrab and others. However, the carpets are famous under the name of a vast area in the south-eastern Azerbaijan called Mughan or Mogan.

The 10th century Khudud al-Alamin mentions that a lot of rugs and cuvals were made in Mughan. The décor of these carpets is mainly composed of the hook-like elements called Kohna naxis by carpet weavers. These elements widely used in the carpet art of Azerbaijan dated back to ancient times and can also be encountered in the carpets of Central Asia and Afghanistan. 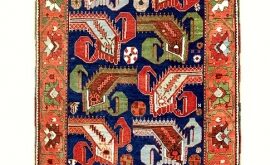