“The Business to Business (B2B) meetings organized last year in Baku with the framework of MUSIAD, Small and medium business Development Agency of Azerbaijan and International Business Forum (IBF) contributed to creation of new partnerships between Azerbaijani and Turkish businessmen, ” he said.

Asmali noted that Turkish companies are actively working on reconstruction of liberated Karabakh region and investing in the region.

“Among these companies are MUSIAD member companies. MUSIAD continues to be active in this area in Azerbaijan,” he added.

Asmali stressed that the cooperation between Türkiye and Azerbaijan and the ongoing joint projects promoted to the contribution to the economy of the two countries.

He also said that the COVID-19 pandemic and tensions between Russia and Ukraine had a big impact on the global economy. At the same time, these events didn’t have an impact on Turkish economy.

“After the pandemic, one of the biggest measures to support Turkish economy has been exports. Despite fears that tensions between Russia and Ukraine could disrupt this trend, this has been avoided to date,” he said.

Asmali added that due to the tension between the two countries, the problems facing the European economy are obvious. However, despite this, Türkiye’s exports continue to grow.

“The US has become Türkiye’s second largest export market. Events in the region and the pandemic have contributed to Türkiye’s increasing entry into the American market. Along with this, thanks to successful diplomacy, Türkiye is also seeing a significant increase in exports to the countries of the Middle East,” he said.

Asmali noted that MUSIAD will continue the changes started in 2022 with a larger strategic plan in 2023, which will take steps to increase exports and expand activities. 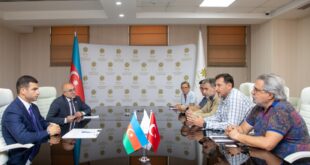