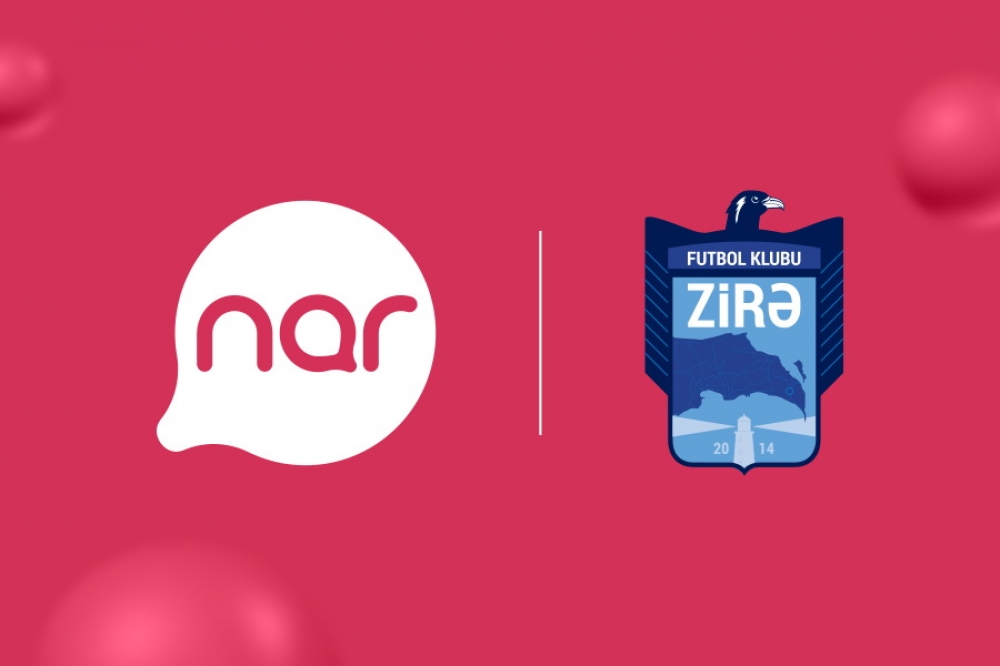 Under the youth and sports projects, Nar and ‘Zira’ Professional Football Club signed an agreement on sponsorship and cooperation. Besides, Nar logo will appear on the team’s uniform, on the edge of the field where home games are held. This sponsorship agreement aims to support ‘Zira’ PFC, increase the popularity of football and encourage young people to a healthy life.

‘Zira’ FC was founded in 2014. ‘Qartallar’ won its first-ever silver medals in the Azerbaijani Premier League and once represented the country in the UEFA Europa League. The team managed to proceed the round in the European Cups at first attempt.

‘Azerfon’ LLC (Nar trademark) started its operations on March 21, 2007, and within a short period of time became one of the leading companies of the telecommunications and mobile communication industry of Azerbaijan. The ‘Nar’ brand name was selected as the symbol that resembles the cohesion of the rich cultural and historical heritage of Azerbaijan with the modern life. Being the first operator in the country to introduce the 3G technology, Nar provides the customers with a wide 4G network coverage. With a large network of over 8780 base stations, covering 91% of the country’s territory, Nar provides more than 2.3 million subscribers with the highest quality services.

Previous Defense Ministry: The positions of the Azerbaijan Army were subjected to fire
Next UN experts: Armenia must drop “intimidating” charges against minority rights activist