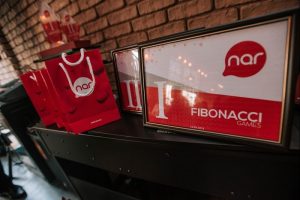 On the occasion of the upcoming Day of Solidarity of World Azerbaijanis and New Year, Nar organized an entertaining intellectual contest for media representatives. About 100 journalists from more than 55 media agencies took part in the event. Various questions presented in the contest were about national and world culture and history, along with general knowledge.

Head of PR and Corporate Communications department of “Azerfon” LLC Aziz Akhundov congratulated media representatives on the upcoming New Year and Day of Solidarity of World Azerbaijanis, and stated that Nar will continue to implement its media-oriented projects next year too.

18 teams have taken part in the intellectual contest, which lasted for more than 2 hours. The teams “Sophia’s Friends in Azerbaijan”, “Yeni Musavat” and “Commandos” took the 1st, 2nd and 3rd places respectively. The winners received special presents from Nar. Moreover, special fun contests were held and gifts presented to the winners during the event.

It should be mentioned that by supporting various knowledge competitions and intellectual games, aimed at motivating the youth, Nar promotes the enlightenment and strives to increase the interest towards the science, education and knowledge among the younger generation.