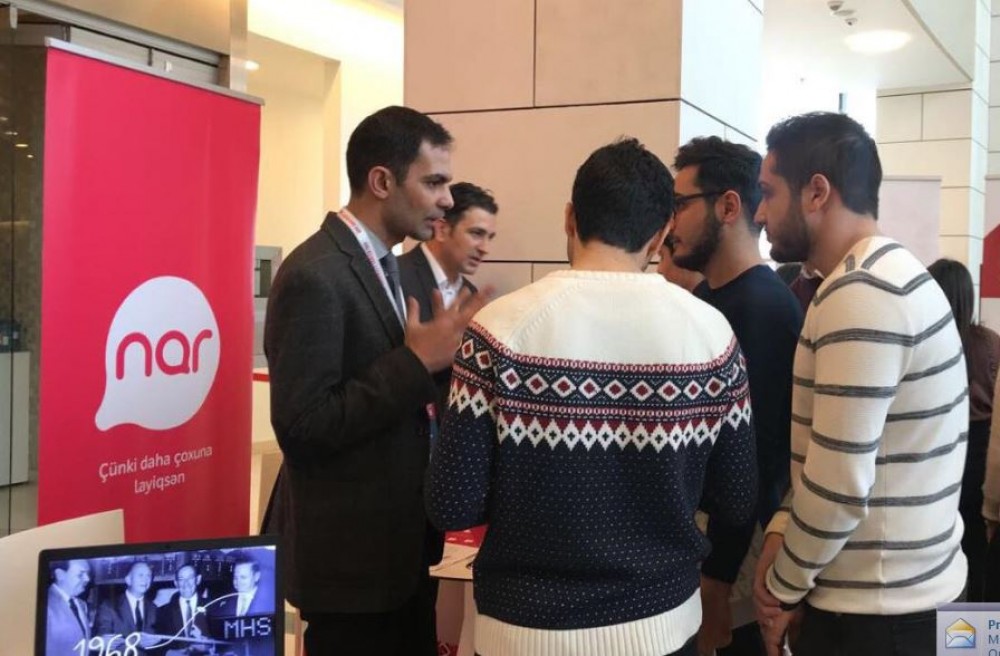 Nar continues to support young people in building a successful career. The mobile operator participated in the “Career Week” traditionally held at the initiative of the ADA University Career Center. At the fair held in order to support young people’s career path, Nar organized a reception of documents for vacancies in marketing area. In addition, the mobile operator provided the university students and graduates with recommendations related to building a successful career. Students who had an opportunity to have a direct conversation with company representatives have received information about the career opportunities and learned about how to participate in the company’s internship programs. Interest to the stand of Nar stand was significant.

More than 110 public and private companies took part in the career fair held on March 1 under the slogan of “A bridge between talents and career paths”. Nearly 2000 students and graduates have attended the career fair organized at ADA University for the 7th time. It should be noted that the purpose of the fair is to introduce the young people to the career market, provide them with a direct contact with the representatives of HR departments of various companies and to give the companies an opportunity to present their job vacancies.

It should be noted that in order to support the young people, Nar has extensive co-operation ties with ADA University. These activities include cooperation with the ADA University Foundation to support students demonstrating outstanding results, partnership with ADA Innovation Center supporting startup projects, offering career and internship opportunities for ADA students and graduates, and involvement of Nar employees to university’s professional development programs.