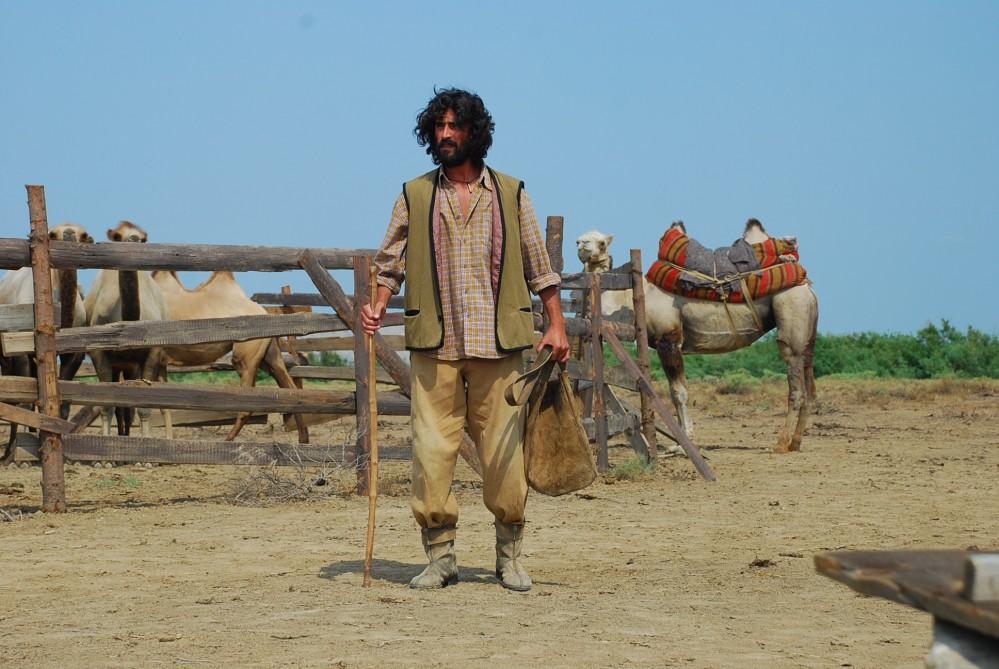 “The Steppe Man”, a film by Azerbaijani filmmaker Shamil Aliyev, has passed the competition program of Dumbo Film Festival.

The festival received 354 applications from 36 countries.

“The Steppe Man” film was produced in 2012 at the Azerbaijanfilm studio by an order of the Culture and Tourism Ministry. The film has been screened at 37 international film festivals.

The film was selected as the Azerbaijani entry for the “Best Foreign Language Film” at the 86th Academy Awards.

The scriptwriter of the film is Vidadi Gasanov, the director of photography is Rafig Guliyev, art directors are Rafig Nasirov and Ibrahim Halil Aminov, the composer is Rauf Aliyev, and the producers are Mushvig Hatamov and Azer Guliyev.

The film tells a story of a young steppe man who lives in remoteness from the city, closely tied to nature. His father teaches him the subtleties of life in the steppe. Soon after his father’s death the young man meets a girl from the city. Their meeting becomes a new page in his life, a step to a big life unfamiliar to him earlier.

Dumbo Film Festival (DFF) is an annual event structured in monthly contests. DFF aims to establish itself among the most important independent festivals in the world.

Every month, each of the categories is awarded and a final ceremony is held every year in New York City’s district of Dumbo to award projects that have been judged the very best over the past year.

The monthly nominees receive a certificate of excellence and are granted access to the final phase of the competition.

Producers and directors from around the world can meet each other there, encounter new ideas, and begin working toward prestigious goals.