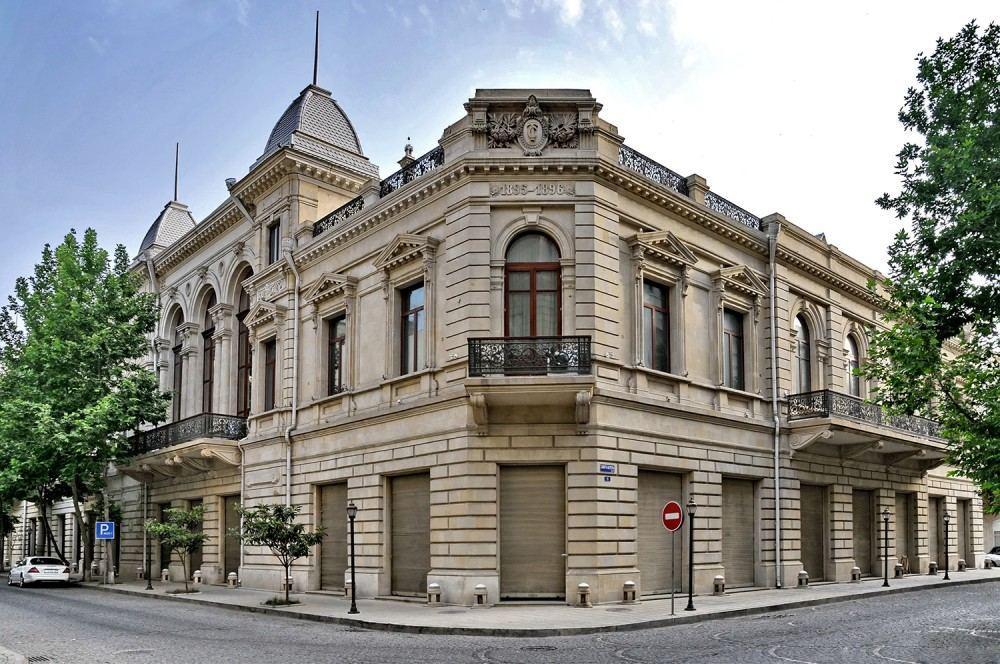 Among these banners, the banner presented to the Karabakh Khan Mehdigul Khan by the Russian Emperor Alexander I is of particular importance.

The banner is material evidence that the Russian emperors recognized the Azerbaijani khans from the Javanshir dynasty as the rulers of Karabakh – the ancient Azerbaijani lands. The  banner was presented as a symbol of power.

In 2019, the museum published the book “Banner of the Karabakh Khan Mehdigulu Khan”.

The publication provides information about the banner presented to the Karabakh khan Mehdigul Khan in 1806 by the Russian Emperor Alexander I, which is kept in the Museum’s Arms and Banners Fund.

The author of the book is associate professor Sabuhi Akhmedov, scientific editor is academician Nailya Valikhanli.

National History Museum which is dating back to the 19th century, was originally the private residence of Haji Zeynalabdin Taghiyev, a famous oil baron and philanthropist.

The largest museum in the country stores over 300,000 exhibits, including a valuable library consisting mainly of unique books.

The museum’s collections provide insight into the history of Azerbaijan from past to present.

After a long break, the museum lovers had a chance to enjoy an exhibition timed to the 75th anniversary of the victory in the Great Patriotic War. Nearly 200 unique exhibits are put on display at the museum.

The exhibition featured personal belongings of combatants, orders, medals, documents, maps, uniforms, as well as battle flags and weapons, many of which are on display for the first time.

The opening of the exhibition for visitors was carried out taking into account quarantine requirements, including hygiene and social distancing rules.