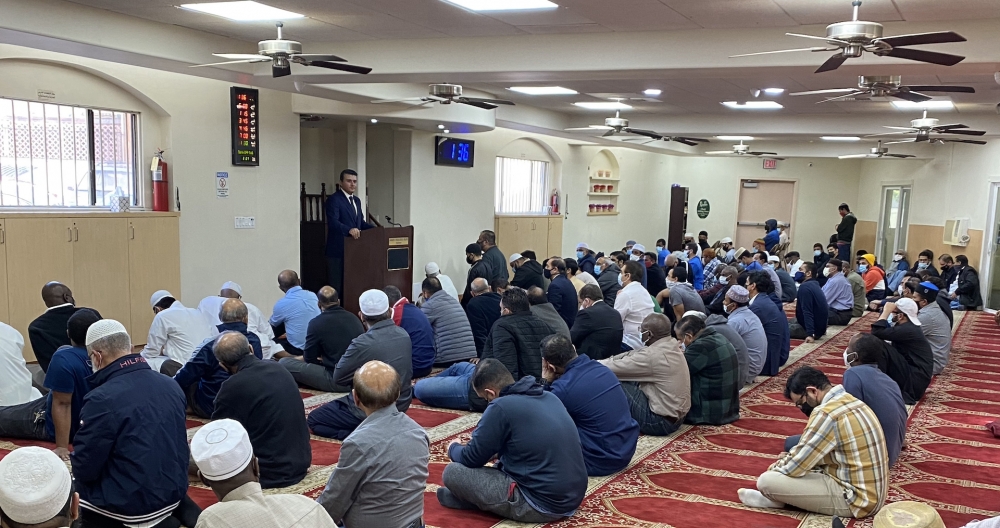 The Consulate General of Azerbaijan in Los Angeles has hosted an event to commemorate the 18th anniversary of the death of Azerbaijani national leader Heydar Aliyev.

The event was held at the Islamic Center of Inglewood, which is one of the largest and oldest mosques in California. In his remarks, Consul General Nasimi Aghayev informed the audience about the extraordinary life path of Heydar Aliyev and his outstanding role and tireless efforts in the preservation and strengthening of Azerbaijan’s independent and sovereign statehood. He noted that Heydar Aliyev was elected President of Azerbaijan during the most difficult times for the nation. His wise leadership shielded Azerbaijan from potential fragmentation and collapse. Highlighting the many difficult challenges the national leader faced in preserving Azerbaijan’s independence and how masterfully he overcame them, the Consul General said that the memory of Heydar Aliyev would always live in the hearts and minds of the Azerbaijani people.

Noting that Heydar Aliyev’s policies have been successfully continued by President Ilham Aliyev, Consul General Aghayev said that today Azerbaijan is one of the world’s fastest modernizing countries, and that last year Azerbaijan liberated its territories from Armenia’s illegal and internationally condemned occupation, and restored historical justice.

Speaking at the event, President of the Islamic Center of Inglewood Javed Bava highlighted his recent visit to Azerbaijan, together with other faith leaders from Los Angeles. He mentioned that the delegation also visited the liberated cities of Shusha and Aghdam, and witnessed the bitter consequences of crimes committed by Armenia in these cities, including against Azerbaijani religious and cultural heritage. Speaking of Azerbaijan’s interfaith harmony, Bava shared his impressions of seeing Azerbaijani Shias and Sunnis pray together in the same mosques, and Muslims, Christians and Jews living peacefully together. Bava said that they were honored to commemorate the memory of Heydar Aliyev, the founder of modern Azerbaijan, who laid the foundation of present-day independent and multicultural Azerbaijan.