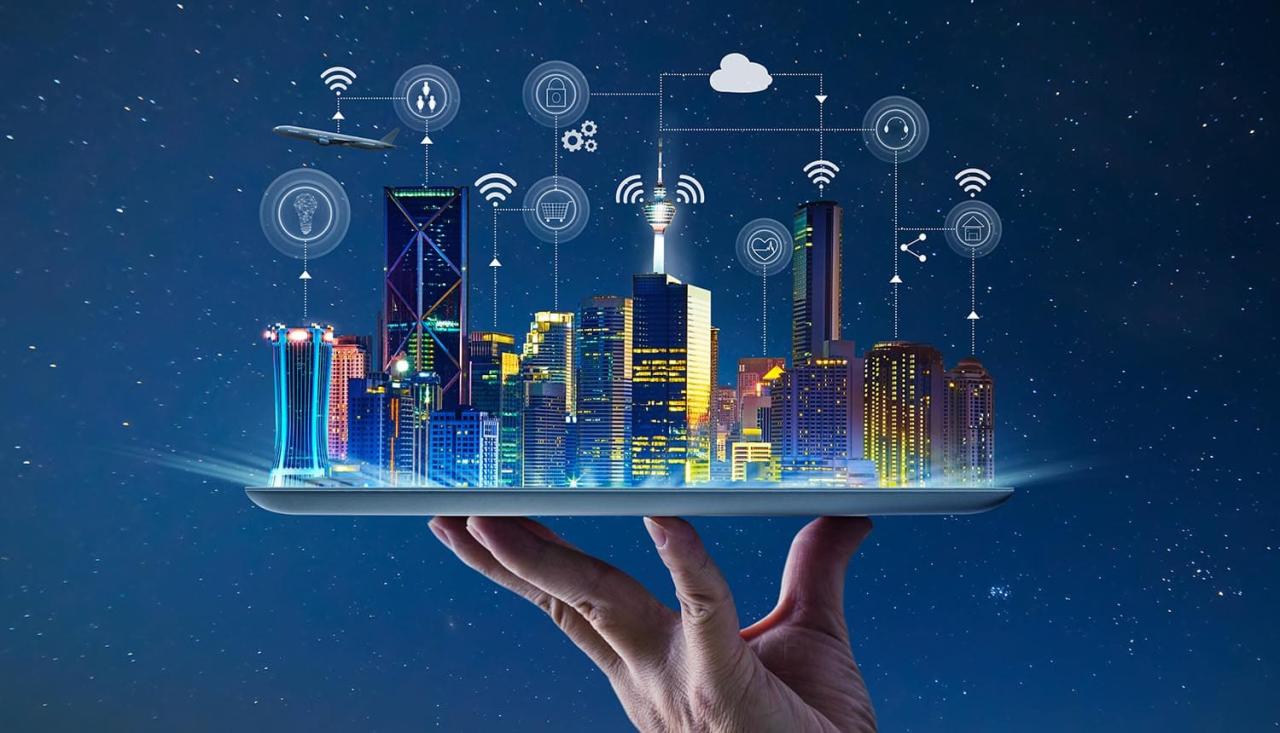 With the liberation of its territories from the Armenian occupation, Azerbaijan created a new path of economic development.

Namely, the county’s newly-liberated territories will be first where “smart city” concept – that has long been in the agenda in Azerbaijan – will be implemented.

“Cities and villages to be established in the liberated areas should be based on the concept of “smart city”, “smart village”. You should plan this work now so that the world’s most advanced technologies are used in urban planning and project implementation. After that, perhaps even in parallel, we need to implement similar projects in other cities and villages,” the president told Nabiyev.

Azerbaijan has already presented a first pilot project of a “smart village” to be created in the liberated territories, as part of the National Action Plan for 2020-2022. Thus, the first project covers Zangilan’s Agaly I, II, III villages. The project will be implemented mainly on five components – housing sector, production sector, social services, smart agriculture and alternative energy.

Initially, 200 individual houses will be constructed with the use of innovative building materials. In addition, engineering communications and heating systems in the houses will also be created on the basis of smart technologies.

Moreover, modern schools, kindergartens, clinics and electronic control centers will be built in these villages and tourism infrastructure will be formed. All residential houses, social facilities, administrative and catering buildings, processing and production of agricultural products will be provided with alternative energy sources.

Specialists from Turkish, Chinese, Italian and Israeli companies are taking part in the reconstruction of liberated lands.

Turkish specialists have voiced their readiness to participate in the alternative energy projects in liberated lands, while the Huawei-Azerbaijan general manager has stressed the company’s readiness to present state-of-the-art technologies in Karabakh and further participate in the development of smart villages. In the meantime, Italy and Israel have already started the implementation of a joint project to turn the liberated Zangilan region into a smart city. An Israeli company is going to build a dairy farm, where with the use of Israeli technology it will be possible to make dairy products, mainly milk.

Economist, doctor of economic sciences, Azerbaijan’s State Economic University Professor Elshad Mammadov in an interview with Azernews stated that a new model of economic management is being formed in the country’s territories liberated recently from the Armenian occupation.

“This model will be based, among other things, on sustainable development, on development with an approach to the environment, on renewable technologies, and, above all, on renewable energy. In this context, the implementation of the smart city project is actually a trend aimed at increasing the competitiveness of the domestic economy, as it includes energy-saving technologies, alternative energy development, and at the same time an overall increase in the country’s technological level,” he said.

Mammadov underlined that the increase in the country’s technological level is extremely important nowadays, as in order to achieve an equivalent foreign trade exchange in the world economy it is necessary to increase the share of high-tech segments in the domestic economy.

Touching upon the cooperation with foreign partners in this project implementation, the expert underlined that the primary need is the import of technologies.

“It is no coincidence that in recent months, President Aliyev has held talks with the world’s leading companies specializing in high-tech segments of the economy. As, for the investment growth, Azerbaijan has domestic resources, and foreign investment is needed especially in the context of technology imports. This is the direction which should be a priority for Azerbaijan in terms of cooperation with foreign companies,” the expert stated.

Touching upon an issue of alternative energy development in the liberated lands, Mammadov noted that it will play a role of a driver of economic development.

He emphasized that the traditional direction of economic activity and new alternatives will be combined, which will allow, among other things, to save energy. The expert stressed that resource-saving technologies will play an important role in the project implementation.

Speaking about steps needed to be taken to implement such project, the expert underlined that the first key is an investment, as without investment it is impossible to achieve any kind of technological breakthrough.

“First of all, from the point of view of investment policy priorities, we need to direct our financial resources and investment flows into the innovative sphere of the economy. This sphere is connected with the development of human capital, artificial intelligence, digitalization, biotechnology and other directions that make up the basis of the new technological mode,” Mammadov said.

The expert added that the priority is human capital, as human capital is at the forefront in today’s world and “Azerbaijan must not remain outside of these processes”.

It should be noted that smart city is a program aimed at improving the efficiency of all urban services. The criteria defining a “smart city” includes effective management, high quality of life, safety, mobility, transparency, respect for the environment, and active participation of the population in city life.

A characteristic feature that defines a “smart city” is the application of information technology in all spheres and at all levels. Digital technologies are designed to raise living standards, improve public services for citizens, ensure better use of resources, reduce environmental impact and create new opportunities for rural value chains in terms of products and improved processes.