North Macedonia`s PM: We are interested in further developing relations with Azerbaijan 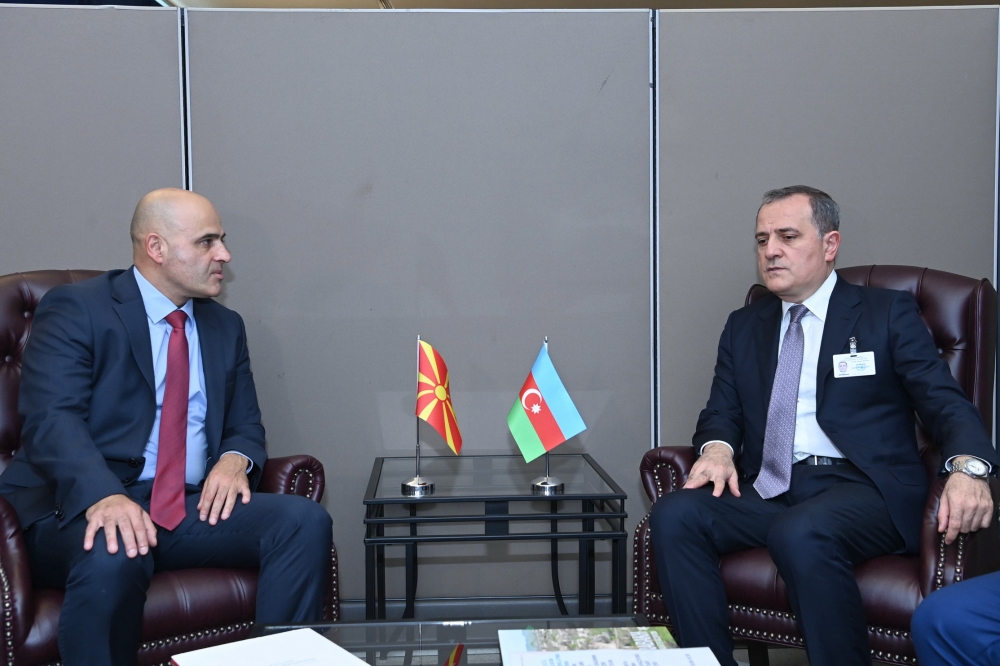 Azerbaijan`s Minister of Foreign Affairs Jeyhun Bayramov has met with Prime Minister of the Republic of North Macedonia Dimitar Kovačevski on the sidelines of the high-level week of the 77th session of the UN General Assembly in New York.

During the meeting, discussions were held on bilateral relations between the two states and the regional situation.

Minister Jeyhun Bayramov hailed the bilateral friendly relations between Azerbaijan and North Macedonia. Work carried out by Azerbaijan in the field of energy, as well as the future plans were brought up. The FM provided detailed information to his interlocutor on the 30 year-long occupation of territories of Azerbaijan, the destruction of cities and villages, the new situation in the region after the 44-day Patriotic War, the work done by Azerbaijan regarding the implementation of Trilateral statements, as well as the latest provocations by Armenia.

Prime Minister Dimitar Kovačevski expressed interest in the further development of relations between the two states and the importance of the continuation of the dialogue between institutions. Azerbaijan’s contribution to Europe’s energy supply was especially emphasized.

The sides also discussed issues of cooperation within the OSCE and other international organizations, as well as other areas of mutual interest.