The 16th OPEC and non-OPEC Ministerial Meeting of the Declaration of Cooperation (DoC), has been held via teleconference on Tuesday under the Chairmanship of Saudi Arabia’s Minister of Energy HRH Prince Abdul Aziz bin Salman and Deputy Prime Minister of the Russian Federation, Co-Chair HE Alexander Novak.

According to the organization’s official website, the meeting emphasized the ongoing positive contributions of the Declaration of Cooperation in supporting a rebalancing of the global oil market in line with the historic decisions taken at the 10th (Extraordinary) OPEC and non-OPEC Ministerial Meeting (ONOMM) on 12 April 2020 to adjust downwards overall crude oil production, and subsequent decisions.

It also highlighted the continuing recovery in the global economy, supported by unprecedented levels of monetary and fiscal support, while noting that the recovery is expected to pick up speed in the second half of the year. The Ministerial Meeting emphasized, however, that COVID-19 cases are rising in a number of countries, despite the ongoing vaccination campaigns, and that the resurgence could hamper the economic and oil demand recovery.

The meeting reviewed the monthly report prepared by the Joint Ministerial Monitoring Committee (JMMC), including the crude oil production data for March 2021, and welcomed the positive performance of the Participating Countries. Overall conformity to the production adjustments was 115% in March 2021, reinforcing the trend of high conformity by the Participating Countries.

It was noted that DoC Participating Countries pledged to achieve full conformity and make up for previous adjustment shortfalls during the extended compensation period, which runs through the end of September 2021, and stressed the importance of accelerating the market rebalancing efforts without delay. It reminded all Participating Countries to remain vigilant and flexible given the uncertain market conditions.

The meeting noted with appreciation the significant additional voluntary supply adjustment of 1 mb/d made by Saudi Arabia in April 2021 and a gradual return of these volumes in May, June and July 2021, given the prevailing uncertainties surrounding the pace of the oil demand recovery. It observed the destocking trend of commercial OECD inventories, but noted that they increased by 14.4 mb in March 2021 and were 77.4 mb above the 2015-2019 average.

It was decided that the 30th JMMC Meeting and the 17th OPEC and non-OPEC Ministerial Meeting will take place on 1 June 2021. 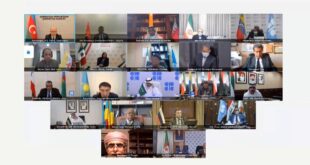 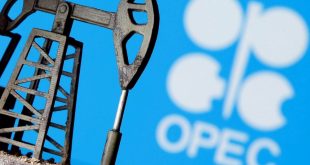 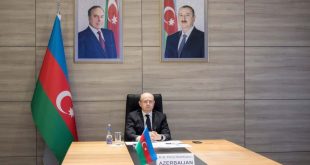