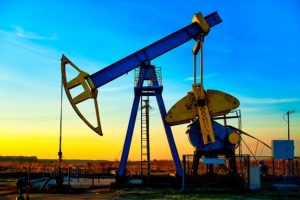 Global oil supply fell by 950 thousand barrels per day (kb/d) in December, led by lower OPEC output with 100.6 million barrels per day (mb/d) ahead of new supply cuts, according to data of the International Energy Agency (IEA) on Friday, Anadolu Agency reported.

According to the IEA, a sharp fall in Saudi Arabia’s output from its record highs ahead of new OPEC/non-OPEC supply cuts along with further unplanned outages in Iran and Libya and a seasonal drop in biofuels wiped 950 kb/d off global oil production in December.

With Saudi Arabia planning still deeper cuts in January and February and Russia expected to curb supply, the U.S. looks set to maintain its status as the world’s biggest crude supplier throughout 2019.

“OPEC production is set to fall further in January, when the new Vienna Agreement cuts take effect,” the IEA stated.

OPEC member countries and 10 non-OPEC producers agreed to cut supplies by 1.2 mb/d from Jan. 1 for six months, based on October 2018 levels at the OPEC/non-OPEC ministerial meeting in Vienna on Dec. 7, 2018.