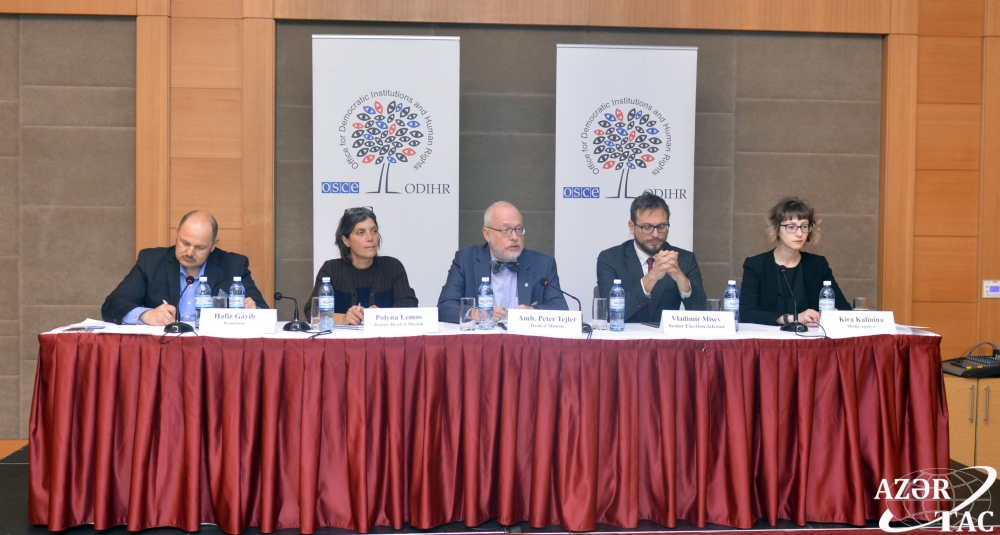 The OSCE Office for Democratic Institutions and Human Rights (ODIHR) has officially opened its election observation mission (EOM) for the 9 February early parliamentary elections in the Republic of Azerbaijan, said Ambassador Peter Tejler, head of the OSCE/ODIHR EOM at a press conference in Baku.

Tejler said that the mission’s deployment follows an official invitation from the Azerbaijani authorities.

“This is the 11th time the OSCE/ODIHR will observe elections in Azerbaijan. We have worked constructively with the authorities involved in the election process in Azerbaijan so far and we hope that we will cooperate again in a constructive environment,” Tejler added.

Previous Monument to Nizami Ganjavi to be erected in Ukraine’s Kharkiv in 2020
Next Buta Airways: Schedule of Baku-Tehran-Baku flight not to be changed