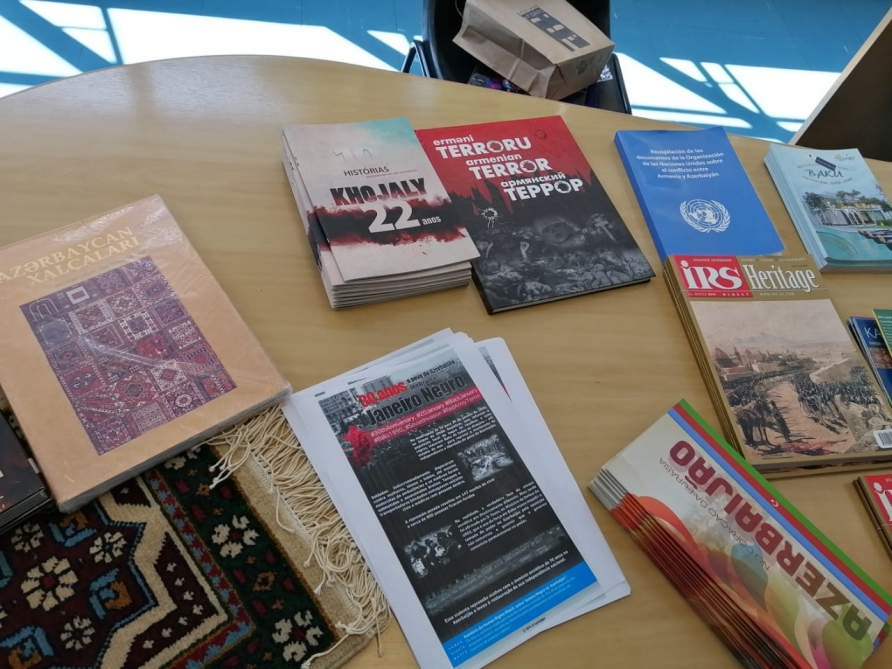 An exhibition of Azerbaijani carpets has been launched at the Peña Cultural Center in the city of São Paolo. The event is co-organized by the Embassy of Azerbaijan in Brazil, the country’s Ministry of Culture and the City Hall of Sao Paulo.

Representatives of the diplomatic corps accredited in São Paulo, art experts from local universities, employees of city hall as well as local residents participated in the opening ceremony.

The two-day photo exhibition will feature photographs of Azerbaijani carpet weaving and various samples of the country’s traditional carpets.

The event participants were presented with books, booklets, magazines and other publications highlighting the 20 January events and the Khojaly genocide.