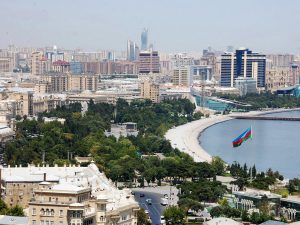 Slovakia intends to open an embassy in Azerbaijan, Slovak Prime Minister Peter Pellegrini, who is on a visit to Baku, said on Nov. 13.The prime minister stressed that the country intends to open an embassy in the country soon.This decision is correct as the embassy will facilitate cultural and economic exchange between the two countries, he said.Pellegrini said that he is pleased that minister of economy of Slovakia informed minister of economy of Azerbaijan that an agreement on the establishment of an intergovernmental commission between the two countries will be signed soon.He said that this will bring the relations between two countries to a higher and more qualitative level.