Home / Politics / President: After Nagorno-Karabakh conflict have been resolved, there are new opportunities for regional development, regional cooperation, connectivity

President: After Nagorno-Karabakh conflict have been resolved, there are new opportunities for regional development, regional cooperation, connectivity 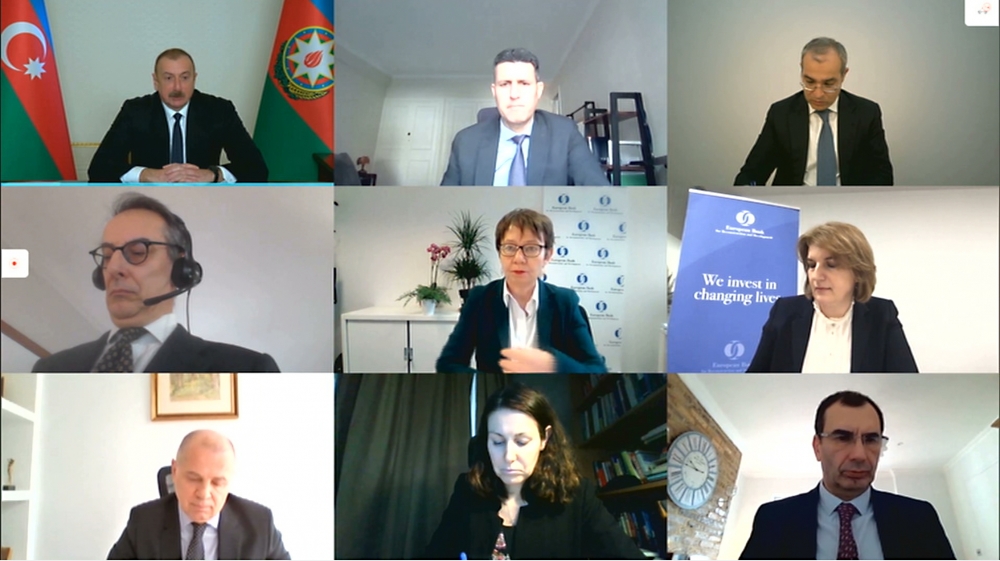 “Now, our main objective is obviously the restoration of the liberated territories. As a result of Armenian occupation for more than 25 years, almost 30 years, everything is destroyed. Foreign diplomats, and media representatives have already visited the liberated territories many times and they witnessed themselves total devastation and destruction. The cities are destroyed, the villages are destroyed. So we will have to rebuild the big area of more than 10 thousand square kilometres in order to provide decent living conditions for people, for more than one million former refugees who are waiting to return to their homeland. So, this is our main objective and we started already, despite the fact that only 4 months have passed since declaration was signed which actually was the end of the conflict and the end of war, already we started. We are now building the international airport, we are building highways, building railroads, already started. We plan by the end of this year to complete almost 100 percent the energy supply to the whole Karabakh area. We have many other plans,” said President Ilham Aliyev as he received in a video format new President of the European Bank for Reconstruction and Development (EBRD) Odile Renaud-Basso and other members of the Bank’s senior management.

“Of course, we count on a cooperation with EBRD on these issues. I already have declared the liberated territories as a green energy zone. We plan to use mostly renewable energy sources, sources of water, sun and wind. We already have good experience in working with big international energy companies, by the way, EBRD is part of the financing to these investment projects. We hope that the same pattern will be applied to the liberated territories because there is a big potential in renewable energy sources. In other words, it is a new period or even a new era in development of Azerbaijan and development of the region. After Nagorno-Karabakh conflict have been resolved, after almost 30 years, there are new opportunities for regional development, regional cooperation, connectivity and Azerbaijan is ready for that. I already publicly elaborated on that saying that we are ready for cooperation, we are ready to turn the page of hostility and to work with our neighbours in good faith, in order to provide better situation and more predictable situation in the region,” the Azerbaijani President emphasized.