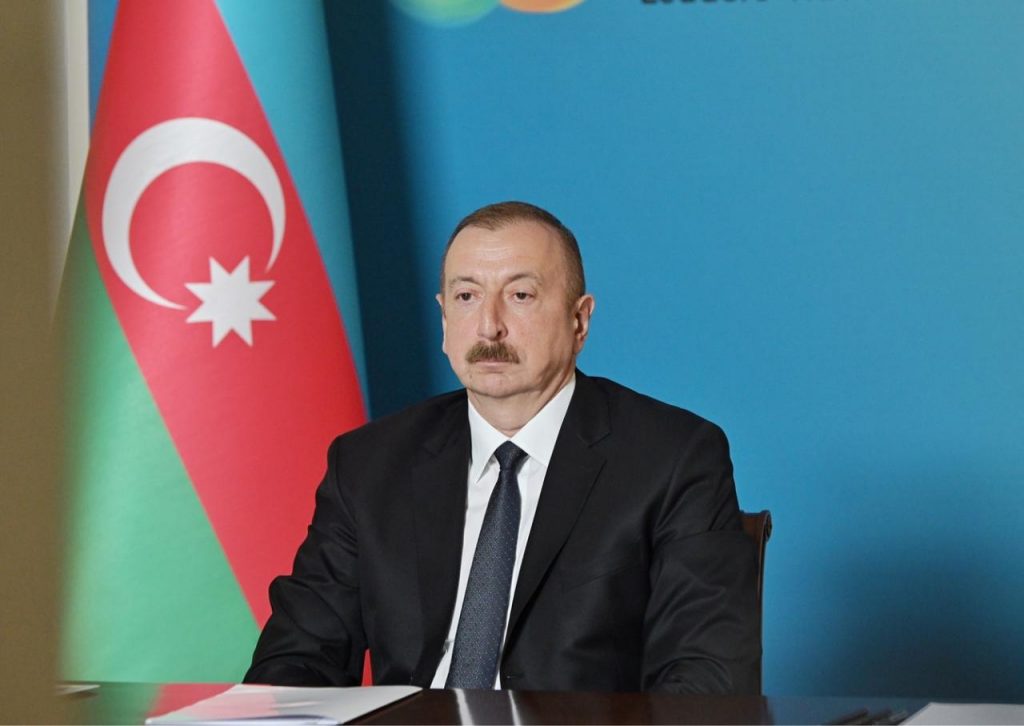 Aliyev made the remarks during the Summit of the Eastern Partnership countries via video conference on June 18.

Aliyev highlighted the fact that four UN Security Council resolutions call for the unconditional and complete withdrawal of Armenian troops from all occupied territories of Azerbaijan.

“Instead of complying with these [UN] resolutions, as well as the relevant documents adopted by the OSCE, the Non-Aligned Movement, NATO, the European Parliament and other international organizations, Armenia pursues a policy of illegal settlement in the occupied territories. Contrary to what the Prime Minister of Armenia, who is trying to destroy the essence and format of the negotiations, Nagorno-Karabakh is not Armenia, but Nagorno-Karabakh is Azerbaijan, and the whole world recognizes this so”, the president said.

In this regard, Aliyev emphasized that Azerbaijan’s territorial integrity must be restored.

“Armenia continues to occupy 20 per cent of Azerbaijan’s internationally recognized territory. Nagorno-Karabakh and 7 other regions of Azerbaijan have been under Armenian occupation for almost 30 years. As a result of Armenia’s policy of ethnic cleansing, more than 1 million Azerbaijanis have become refugees and internally displaced persons”, the president noted.

Furthermore, the president spoke about racism and glorification of ASALA terrorist in Armenia.

Aliyev mentioned Varoujan Garabedian (Karapetyan), a convicted Armenian terrorist who was sentenced to life imprisonment for planting a bomb in Paris airport that killed eight people in 1988.

“Armenian terrorists are known across the world. Karapetyan, who committed a terrorist attack at Paris’ Orly airport, was later extradited to Armenia and pardoned by the Armenian president,” Aliyev said.

It should be noted that ASALA has been recognized as a terrorist organization by the US and a number of European countries.