President Aliyev: Azerbaijan supports Pakistan on all issues, including Kashmir 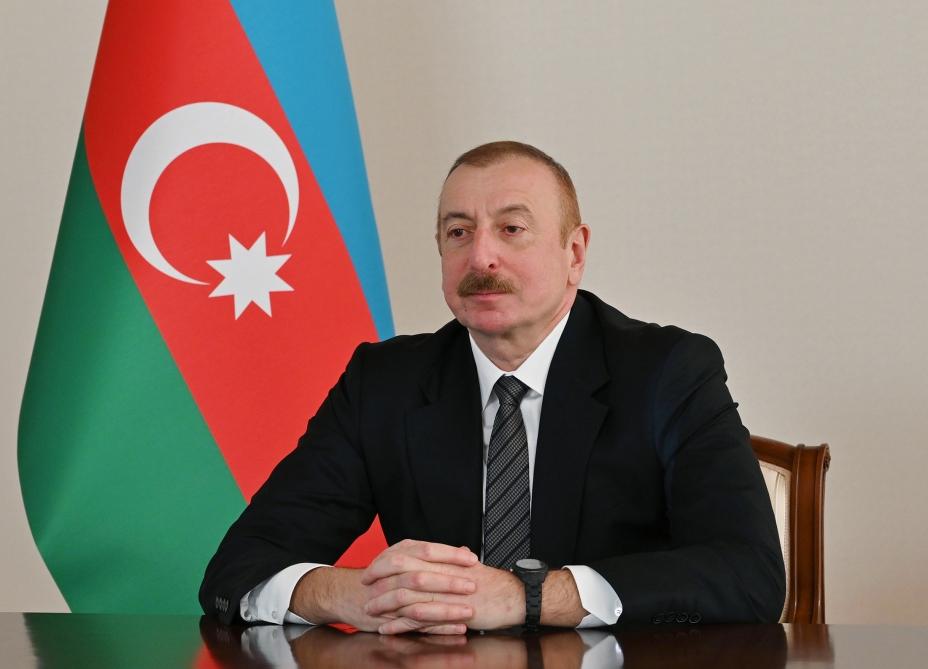 President Ilham Aliyev has said that Azerbaijan supports Pakistan on all issues, including Kashmir, Azertag has reported.

Aliyev made the remarks at a video-format meeting with a delegation led by Chairman Joint Chiefs of Staff Committee of Pakistan General Nadeem Raza on March 3.

“Pakistan is one of a handful of countries of the world that does not have diplomatic relations with Armenia and has not officially recognized Armenia due to the occupation of Azerbaijani lands. Our people are aware of this and we appreciate it very much. Azerbaijan, in turn, has always supported Pakistan on all other issues, including Kashmir. We provide this support at the UN, the Organization of Islamic Cooperation and other international institutions,” he said.

The president noted that as part of the Economic Cooperation Organization’s summit to be held in the format of a video conference on March 4, the two countries will discuss economic cooperation.

“Referring to our bilateral relations, I want to emphasize that we will focus on the economy. This includes energy and transport. We hope that Pakistan will join the existing and emerging transport routes through our country. Thus, we will expand our cooperation in this area as well,” he added.

The head of state expressed confidence that the Pakistani delegation’s visit will strengthen military cooperation between the two countries.

“So far, this cooperation has been very fruitful, and we look forward to expanding our partnership,” Aliyev stressed.

“We are already familiar with the products of Pakistan’s defence industry. As you know, we have purchased military equipment from Pakistan and want to continue this process. At the same time, we are thinking about joint military exercises. We think this is the right time,” he said.

The head of state hailed the current state of Azerbaijani-Turkish-Pakistani cooperation.

“We have already witnessed good results of the trilateral cooperation format involving Azerbaijan, Turkey and Pakistan in political and other fields, including defence. I believe that we will join our efforts to strengthen our positions and contribute to peace. Because our countries are in favour of peace and justice in the region,” Aliyev added.

He added that trilateral military cooperation will contribute to the establishment of peace in the world.

The president also thanked Pakistan for the solidarity and support shown during the 44-day war in 2020.

“From the first day of the war, Pakistan has shown solidarity and support for Azerbaijan. Pakistan has supported the implementation of UN Security Council resolutions calling for an immediate and unconditional withdrawal of troops from the occupied territories of Azerbaijan and condemned Armenian aggression. It was an example of true brotherhood and friendship,” he said.

Aliyev stressed that the Azerbaijani people had shown their feelings for the people of Pakistan and the country, waving Pakistani flags during the war, which demonstrated Azerbaijani-Pakistani unity and brotherhood.

Previous Azerbaijani сulture minister: We are keen to expand our cooperation with Turkey
Next Azerbaijan, Venezuela discuss opportunities for co-op development