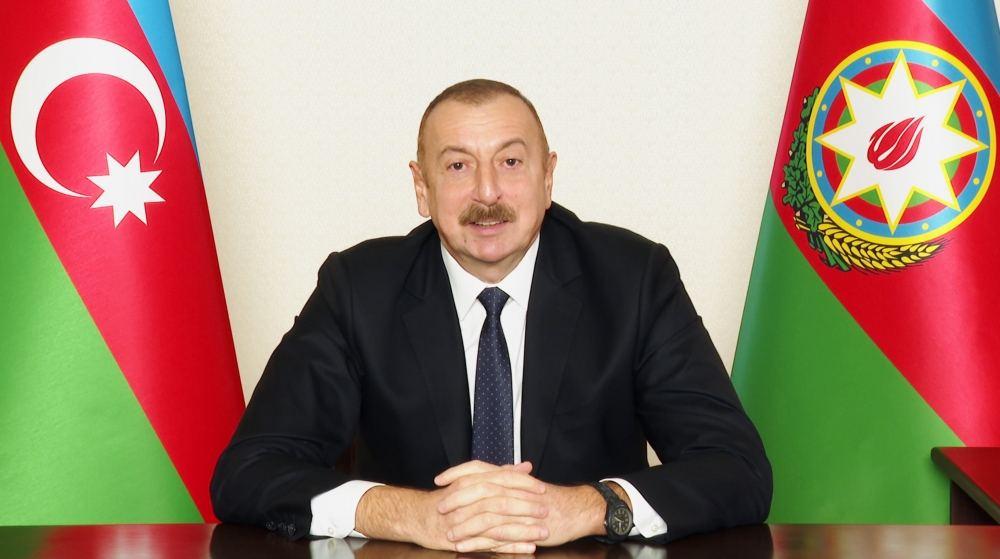 President Ilham Aliyev has said that Azerbaijan is ready to cooperate with sober-minded forces in Armenia.

Aliyev made the remarks in his address to the nation on November 20, the day when Azerbaijan gets its control back over Aghdam region under a trilateral agreement signed by Baku, Moscow and Yerevan to end the Nagorno-Karabakh war.

“If sober-minded forces come to power in Armenia now, after the crisis, we are ready to establish normal relations with such sound forces. But we have nothing to do with the executioners, those who shed the blood of the Azerbaijani people. Let everyone know that!” he said.

The president added that regional cooperation opportunities will expand only after this.

“All the work we have done in this region so far has given impetus to cooperation. All our projects – energy, transport and humanitarian projects – have deepened cooperation. We have not taken a single wrong step,” he said.

Aliyev added that Azerbaijan is interested in establishing normal and businesslike relations with Armenia in the South Caucasus region.

“We [Azerbaijan and Armenia] live in this region and in this neighbourhood, whether we like it or not. As President and Commander-in-Chief, I am interested in ending hostilities in our region, in the South Caucasus, and establishing normal and businesslike relations. At least this is what we want,” he said.

He said that Azerbaijan had no problems with the Armenian people.

“We did not destroy their cities, although we could have done that. It wasn’t too difficult to destroy Khankandi after taking Shusha. We could have destroyed it in a day. Did we do that? No! But what did they do to our cities? Therefore, we have no problems with the Armenian people. I want to say again that all peoples living in a single Azerbaijani state have equal rights, including the Armenian people,” he said.

The president said that the “Armenians living in Nagorno-Karabakh will one day realize that the only way for them is to live side by side with the people of Azerbaijan, to live in the neighbourhood and to give up all these ugly deeds”.

In his speech, Aliyev congratulated all Aghdam residents on the liberation of the region from Armenian occupation.

Aliyev noted that Aghdam’s liberation was the result of the trilateral peace agreement signed on November 10.

He described Aghdam’s liberation as a “historic event”.

“I can say that Aghdam is the largest of the occupied districts in terms of population. Before the occupation, 143,000 people lived in Aghdam district. At present, the population of Aghdam district is 204,000 people. 73 percent of the district was occupied, and in the remaining areas, the areas under our control, we have carried out major construction and landscaping work in recent years,” the head of state noted.

Aliyev added that due to the work done and major investments, 45 percent of the population of Aghdam region lives there.

The president said that a new era begins for Aghdam.

“We have major plans…We will also restore the city of Aghdam. Of course, we must do everything in a comprehensive manner. A master plan will be prepared, specialists will be involved, infrastructure projects will be implemented in a planned manner, office buildings, social facilities, roads and other necessary work will be carried out. The state will help citizens to return there,” he said.

Aliyev said that several companies will be involved in building the Ahmadbayli-Alkhanli-Fuzuli-Shusha road.

“According to my instructions, the Ahmadbayli-Alkhanli-Fuzuli-Shusha road is divided into several parts. I have instructed to involve several companies so that we can build this road without wasting time and in a short time. The people of Azerbaijan know that the road to Shusha used to be the Aghdam-Khankandi road, but it is not possible to use this road yet. However, the trilateral statement signed on 10 November states that all communications will be opened, including the Aghdam-Khankandi-Shusha highway, which will be opened after some time,” the head of state stressed.

Aliyev expressed his confidence that “the opening of communications, as well as the roads and communications connecting the Nakhchivan Autonomous Republic and the rest of Azerbaijan, will also contribute to long-term peace in the region in the future”.

He slammed Armenian vandalism in Kalbajar region, which is to be vacated by 25 November.

“The occupiers vacating Kalbajar district are destroying all houses, buildings, schools, and showing their savagery yet again. All leading international media outlets have filmed this and spread these images around the world, embarrassing them. They are putting themselves to disgrace,” he added.

The president warned that Azerbaijan will retaliate strongly in case of any further provocation.

“If Armenian fascism rises again, if any provocation is committed against us, they will receive 10 times more and no-one can stop us,” he said.

The head of state said that Azerbaijan’s military resulted in its political victory as well.

“Our victory on the battlefield also preconditioned our political victory. Aghdam region returns to us without firing a single shot or killing a single person. This is our great political success,” he added.

Aliyev noted that de-occupied lands need to be cleared of mines.

“First of all, mine clearance work should be carried out. This is also a time-consuming issue. Because the hated enemy has mined large areas of land. After that, work on infrastructure projects should be undertaken. Instructions have already been issued to analyze the existing infrastructure. We now have satellite and other capabilities. When I visited Fuzuli and Jabrayil districts, I used a new road built in a short time. It is a temporary road, but it is usable. In other words, we will do all this work, and our great return plan is being developed now,” the president said.

“What is the cause of this failure? Occupation! I have said this many times…  I said that this occupation would lead Armenia to the abyss. I said that we would never come to terms with this occupation and return our lands sooner or later. But Armenia will waste a historic opportunity,” he said.

He reiterated that Armenia failed to become an independent country for nearly 30 years.

“It is not independent today either. Armenia is in fact a colony. Was this the dream of the Armenian people? Was this their expectation? Why couldn’t they become an independent country? Because of the occupation! What did they gain from the occupation? Nothing! They were disgraced in the political sphere, in all international organizations, we worked hard to disgrace them. Decisions and resolutions meeting our interests and based on international law were adopted. They were defeated on the battlefield and humiliated in front of the whole world,” the president said.

Aliyev added that Armenia is politically and militarily dependent, and economically incomplete.

“They have developed a very harmful ideological basis. Their ideology is based on lies, historical falsifications and the past,” he said.

Aliyev also clarified another fabrication by the Armenians.

“As for yet another fabrication made by Armenia today, I want to clarify that as well. It is claimed that 90,000 Armenians fled Nagorno-Karabakh and became refugees. It is a lie. A maximum of 60,000-65,000 people lived in Nagorno-Karabakh and our occupied lands before the Second Karabakh War. Where did we learn that? We have operational information. We have many sources of information in that region, and this is one of the reasons for our success. We knew exactly and we know what is happening there now, where the head of their junta is hiding,” he added.

The president slammed the Council of Europe, the European Parliament and international NGOs for not reacting to current arrests and rights violations in Armenia.

“One of the persons who occupied the parliament has already been found dead. Why don’t you speak up? Why? Non-governmental organizations which regularly campaign against us, why are you silent, why don’t you speak up? When we were hit with a ballistic missile, you were silent, when we were hit with cluster munitions and phosphorus bombs, you remained tight-lipped. Great countries, countries that claim to European leaders, why are you silent? Tell me, answer me! But it turns out that anyone can come and lecture us here. I am answering all of them, all of them, and with a vengeance,” Aliyev added.

“We have not taken a single step that could cause any problems for our neighbours. Therefore, our relations with neighbouring countries are normal and good. I can actually say that they can serve as an example for many. What are Armenia’s relations with its neighbours like? There was this occupation with Azerbaijan, territorial claims against Turkey. Russia is dissatisfied, so to speak. I know why they could not bring weapons through Iran – because Iran is our friendly and brotherly country and because it closed its airspace on our request. Because they did not want Armenia to kill Azerbaijanis. They are making the same claims to Georgia now because Georgia also closed its airspace during the war and did not allow for the transportation of weapons by land. They also did not want the savage enemy to kill our civilians either. They claim that Russia did not help them. In his interview, the Russian President gave quite clear and accurate information and expressed his position. Azerbaijan was waging war on its territory recognized by international law. Therefore, there can be no talk of interference of some allied relations,” he added.

At the end of his speech, Aliyev all resources will be mobilized to ensure that all residents from the liberated lands return there as soon as possible.

Previous MFA: Azerbaijan highly values Russia’s efforts to resolve Karabakh conflict
Next President Ilham Aliyev: After that, Armenia will have to live with the mark of a “defeated country” 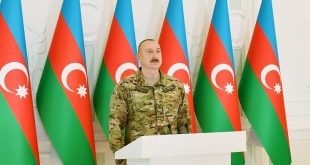 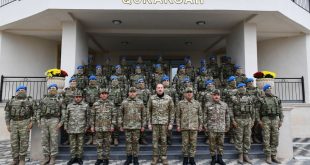