Home / Politics / President: Azerbaijan is one of the world’s leading countries in terms of development of all these energy components

President: Azerbaijan is one of the world’s leading countries in terms of development of all these energy components 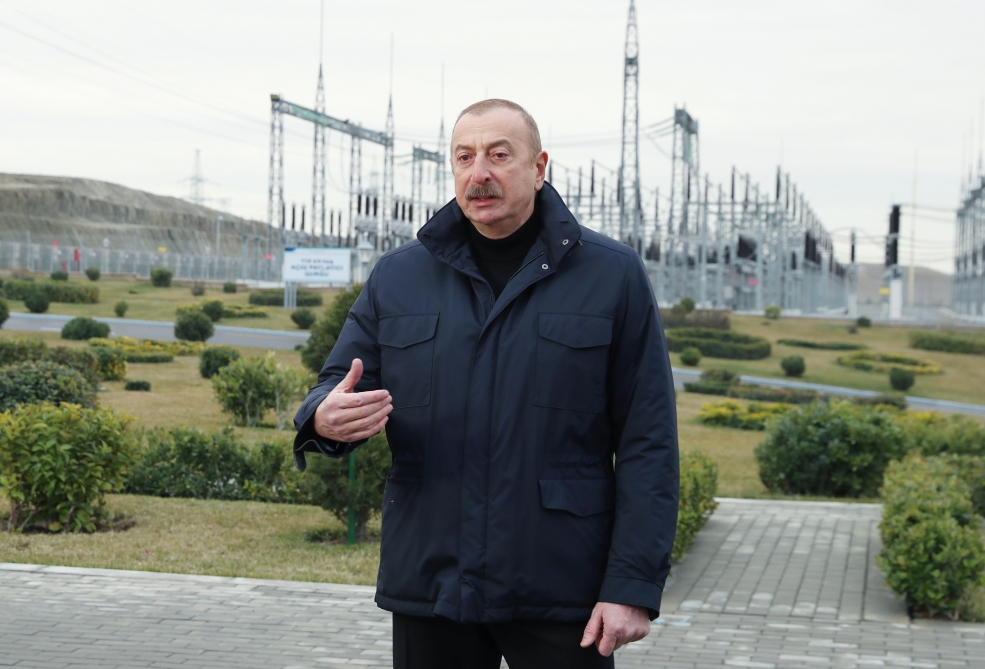 “We all remember that in the first years of our independence we did not have enough energy. The stations existing at the time were in disrepair and we did not have the money to build new ones. Azerbaijan imported electricity from Russia. There was a shortage of natural gas, there was no gas at all in the regions, and oil production had fallen sharply. Today, Azerbaijan is one of the world’s leading countries in terms of development of all these energy components,” said President Ilham Aliyev in an interview with AZERTAC following the opening ceremony of the “Gobu” Power Station of “Gobu” Energy Junction.

“Of course, these are the achievements of recent years. It is no coincidence that the 8th Southern Gas Corridor Advisory Council meeting, held this month, reaffirmed these successes. Almost all participants spoke about Azerbaijan’s potential and the opportunities available to Azerbaijan. Speaking there, I said that we were a reliable partner, we were fulfilling our obligations, we had the strength, the resolve and the responsibility,” the head of state emphasized.

“Today’s picture is very positive and there are no problems with energy security in the country. We have become a very reliable energy supplier both within the country, in the region and in the wider continent. Of course, we have further plans as well. We have major plans to meet the growing demand, both at home and abroad, and they are being realized, including our plans on renewable energy. I am sure that there will be many more opening ceremonies similar to the one we are celebrating here today,” President Ilham Aliyev added.

Previous Foreign Ministry: Strong friendly relations between Azerbaijan and Spain are strengthening
Next Registration underway for AgroTech competition to be held within TEKNOFEST Azerbaijan