Home / Politics / President Ilham Aliyev: After that, Armenia will have to live with the mark of a “defeated country”

President Ilham Aliyev: After that, Armenia will have to live with the mark of a “defeated country” 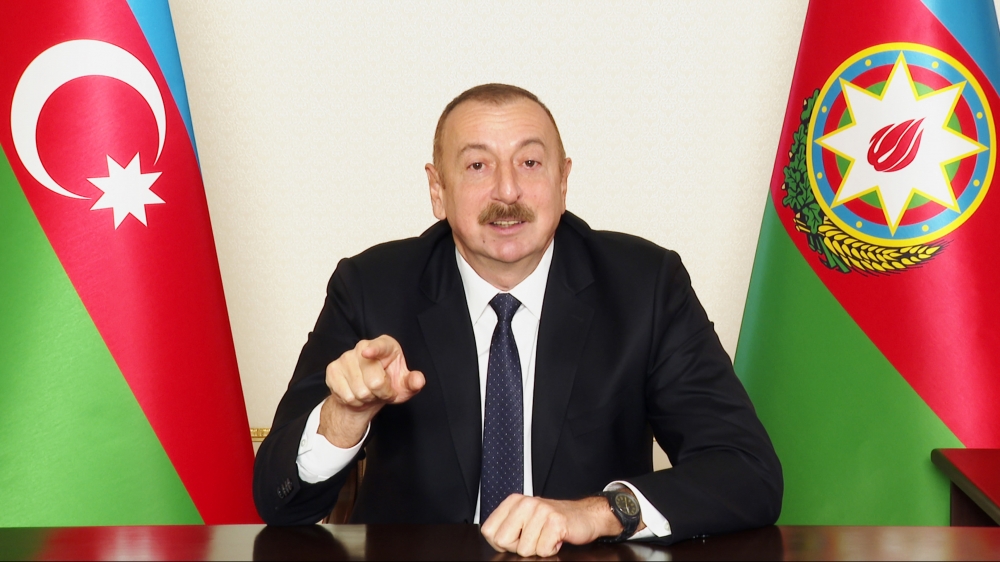 “Azerbaijani soldiers and officers showed true heroism. However, the number of deserters from the Armenian army exceeds 10,000 people. They are saying this themselves, their officials are saying that there were more than 10,000 deserters. This shows again what army is invincible and what army is a heroic army,” said President, Victorious Commander-in-Chief Ilham Aliyev as he addressed the nation.

The head of state said: “Their army, in fact, that gang of their could only fight against civilians. The Khojaly executioners and other killers who burned our villages, killed our people and civilians cannot be considered servicemen. Their army consists of thieves. So many bent Armenian generals have been arrested in the last two years! The generals who sell soldiers’ stew are thieves. Their “heroes” are cowards and their leaders are criminals. The Armenian leadership itself says that for 20 years, from 1998 to 2018, the country was governed by bandits, thieves, cowards and deserters. Who has led it for the last two and a half years? The whole world can see that. So what name can one give to this country? Only one name – a failed state. What is the cause of this failure? Occupation! I have said this many times. Everyone can look up my speeches and interviews. I said that this occupation would lead Armenia to the abyss. I said that we would never come to terms with this occupation and return our lands sooner or later. But Armenia will waste a historic opportunity. Armenia has not been able to become an independent country for nearly 30 years. It is not independent today either. Armenia is in fact a colony.”

The Azerbaijani President added: “Was this the dream of the Armenian people? Was this their expectation? Why couldn’t they become an independent country? Because of the occupation! What did they gain from the occupation? Nothing! They were disgraced in the political sphere, in all international organizations, we worked hard to disgrace them. Decisions and resolutions meeting our interests and based on international law were adopted. They were defeated on the battlefield and humiliated in front of the whole world. After that, they will have to live with this mark, with the mark of a “defeated country”.