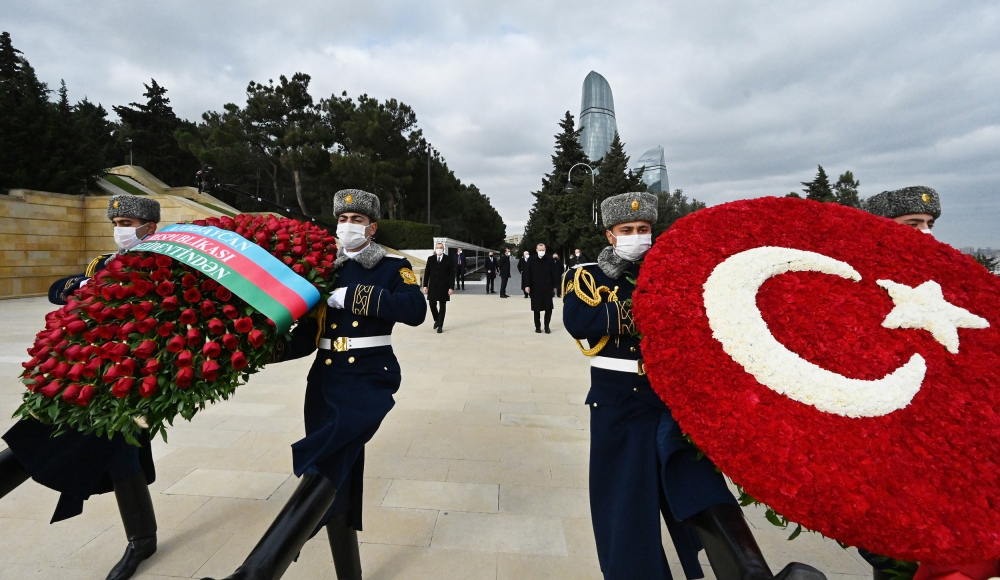 The Azerbaijani and Turkish presidents then laid wreaths at a monument to Turkish soldiers in the Alley of Martyrs.

The heads of state signed the guest book here.