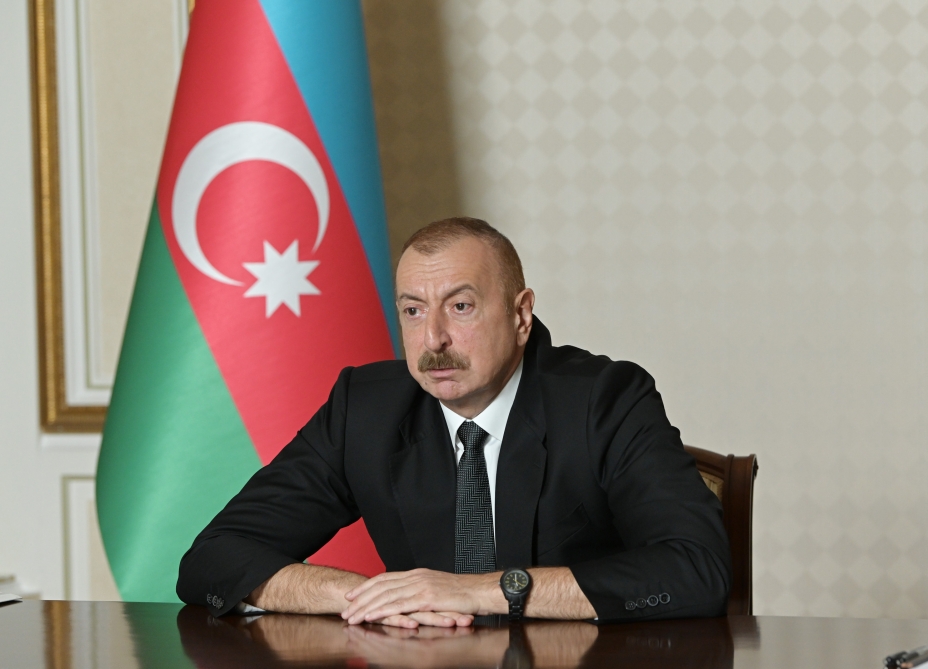 The Azerbaijani army once again demonstrated its advantage in recent days. I believe that this operation will take its place in the glorious history of the Azerbaijani army. Just like in 2016, during the April battles, we taught the enemy a lesson and liberated a part of the Aghdara, Fuzuli and Jabrayil districts,” said President Ilham Aliyev as he addressed the Cabinet meeting on results of socio-economic development in first quarter of 2020 and future tasks.

“Two years ago, in 2018, as a result of a successful Nakhchivan operation, the Azerbaijani army liberated an area of more than 10,000 hectares and occupiers were expelled from these regions. The strategic heights taken over by the Azerbaijani army allow us the opportunity to control several settlements in Armenia. We exercise control over a road leading from Armenia to Nagorno-Karabakh. At one time, in the early 1990s, the Armenian forces that occupied part of the territory of Nakhchivan were expelled from these territories and the flag of Azerbaijan was raised on these lands.”

“This operation, the military confrontation of recent days, is yet another glorious victory for us. The people of Azerbaijan know this. These days I have been receiving letters from thousands of citizens, and they all express support. International military experts are of the same opinion, as evidenced by the real situation in the region. The Armenian forces failed to invade the Azerbaijani lands by a single centimeter and they will never succeed. On the contrary, if we wanted to, we could have taken control of a significant part of the lands on that territory of Armenia. But this is not our goal,” the head of state emphasized.

Previous Hikmat Hajiyev: The actions of Armenia need to be strongly condemned by international community and EU as well
Next Caspian European Club conducts online round table