Home / Politics / President Ilham Aliyev: If you are a mediator you have to be neutral

President Ilham Aliyev: If you are a mediator you have to be neutral 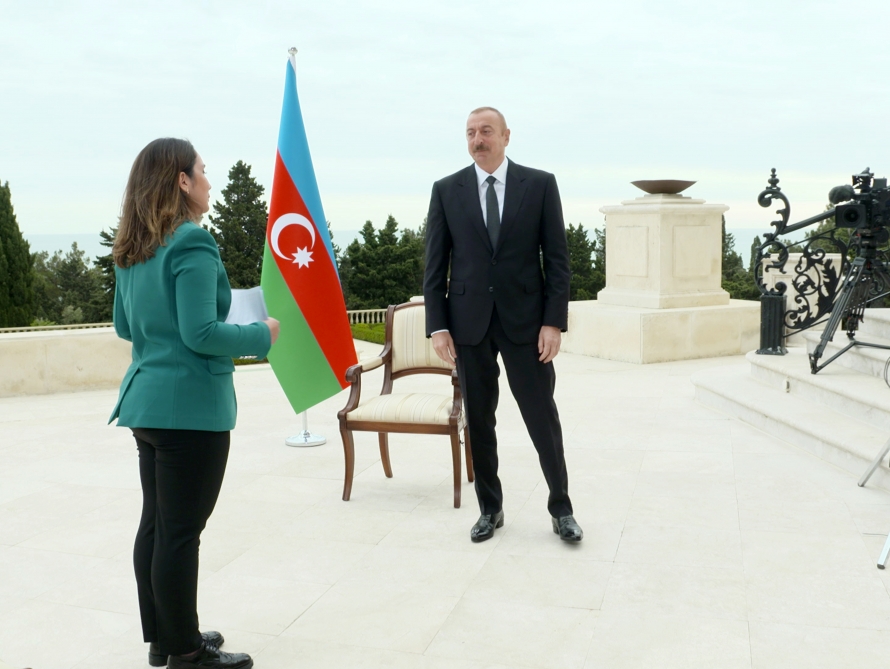 “Russia is one of the countries which is a mediator along with United States and France, and during my involvement in this process for 17 years all 3 countries were equally involved in the process. And there was and there is a quite a high level of coordination in the process. Of course, Russia has a special position, because it’s a neighbor to Azerbaijan, neighbor to the region. It does not have a state border with Armenia, but nevertheless, Russia is a country which Azerbaijan and Armenia have good relations and historical relations. Therefore, of course, their role, their, I would say, capability to mediate are much higher due to objective reasons from those who are situated far away from the region and maybe not completely know what was happening here during the last decades,” said President Ilham Aliyev as he was interviewed by Al Jazeera TV channel.

“Therefore, we think that three countries should continue to work together if all of them keep neutrality. This is important. And we are concerned that just recent days we see some statements which are counter-productive and which are demonstrating a kind of a change in the position in neutrality. Every country can have its position, it is normal. But if you are a mediator in such a sensitive issue, you should act in this capacity. If you want to act in your national capacity, of course, but then you should step down from the Minsk Group co-chairmanship and say whatever you want accuse whomever you want, deliver stories about what happened which has no proof and of course, nobody would object. But if you are a mediator you have to be neutral. You have to be a mediator, otherwise mediation will not be acceptable by us,” the head of state emphasized.