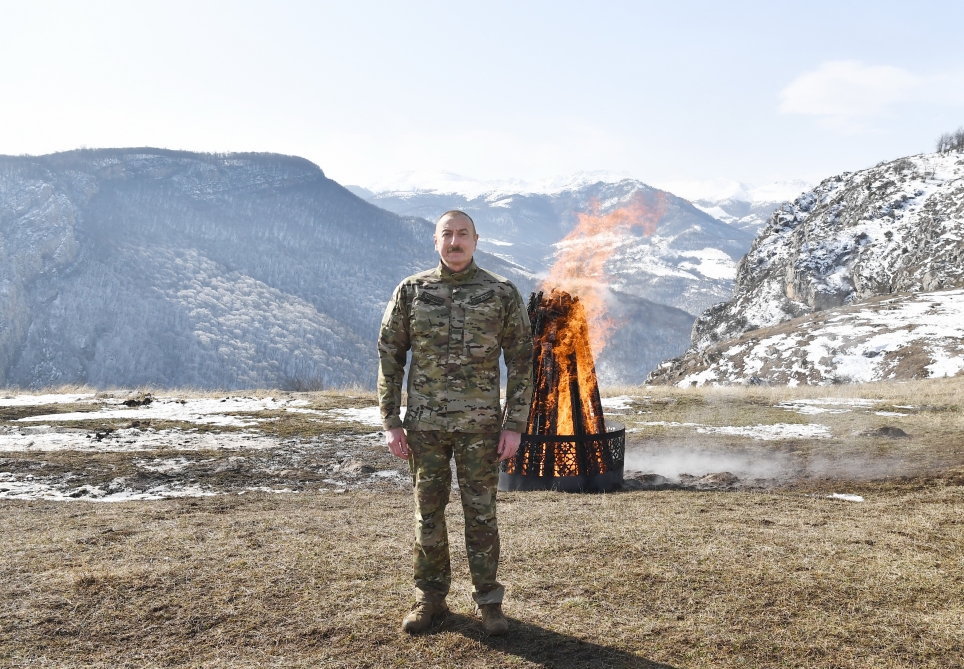 “This year we are celebrating Novruz in Shusha, in Jidir Duzu. This is a historic event,” said President Ilham Aliyev as he addressed the nation after lighting a holiday bonfire on Jidir Duzu, Shusha.

The head of state said: “On 8 November, when announcing the great news of the liberation of Shusha to the people of Azerbaijan, I said, “Shusha, you are free!” Today, we are celebrating our national holiday Novruz in free Shusha.”

“Shusha was held in captivity for 28 years. For 28 years, it was ruined and destroyed by the contemptible enemy. The historical appearance of Shusha was destroyed. The enemy wanted to Armenianize Shusha. They wanted to erase the heritage of the Azerbaijani people in Shusha. But they did not succeed in doing that. Shusha may have been destroyed, our historical sites in Shusha may have been destroyed by the loathsome enemy. However, Shusha did not bend. Shusha did not break. It preserved its dignity, protected the national spirit of Azerbaijan, and today, while in Shusha, we are witnessing this once again,” the President added.