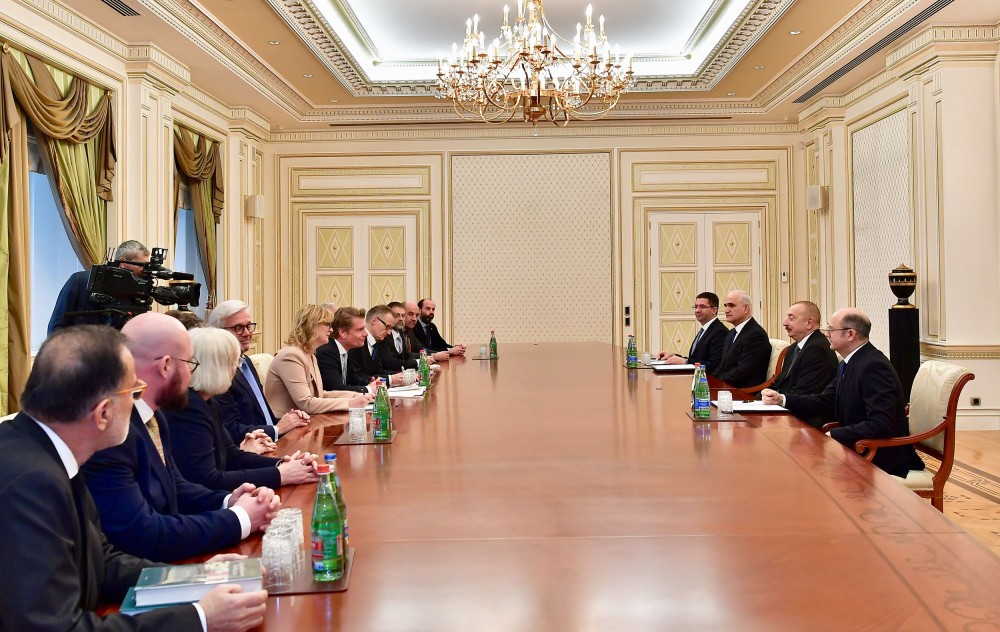 President of the Republic of Azerbaijan Ilham Aliyev has received a delegation led by Parliamentary State Secretary at the Federal Ministry for Economic Affairs and Energy of the Federal Republic of Germany Thomas Bareis.

Describing Thomas Bareis’ visit to Azerbaijan with a large delegation as a good sign of cooperation and partnership between Azerbaijan and Germany, the head of state hailed the two countries’ and business circles’ mutual interest in terms of expanding bilateral relations.

President Ilham Aliyev recalled with pleasure the Federal Chancellor of the Federal Republic of Germany Angela Merkel’s visit to Azerbaijan, emphasizing that very fruitful meetings were held between business representatives as part of her trip to the country.

The head of state expressed his confidence that the visit of a delegation led by Thomas Bareis will contribute to continuing the cooperation process. Pointing to the German companies’ long-term successful activity in Azerbaijan, President Ilham Aliyev expressed his confidence that the relations of partnership and cooperation between the two countries will continue expanding and strengthening.

Thomas Bareis pointed to his meeting with Angela Merkel prior to his visit to Azerbaijan, noting that the Chancellor is very satisfied with the continuation of bilateral economic relations with Azerbaijan.

Saying the two countries have common history, Thomas Bareis underlined the celebration of the 200th anniversary of the establishment of German settlements in the South Caucasus region, and hailed President Ilham Aliyev’s significant contribution to this important event. He noted that the delegation which he leads includes representatives of various areas, describing them as true friends of Azerbaijan. Thomas Bareis expressed his confidence that the visit will contribute to further expansion of bilateral cooperation between the two countries.

The sides exchanged views on the development of cooperation between the two countries in a number of areas, including in energy, petrochemical, non-oil sector, education, and vocational training.

The German companies’ interest in industrial zones in Azerbaijan was underlined, and their engagement in Sumgayit Chemical Industrial Park was discussed at the meeting.

President Ilham Aliyev thanked for Angela Merkel’s greetings and asked Thomas Bareis to extend his greetings to the Federal Chancellor of the Federal Republic of Germany. 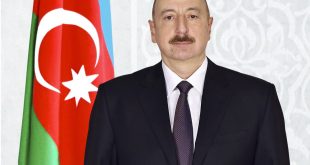 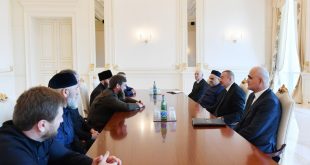