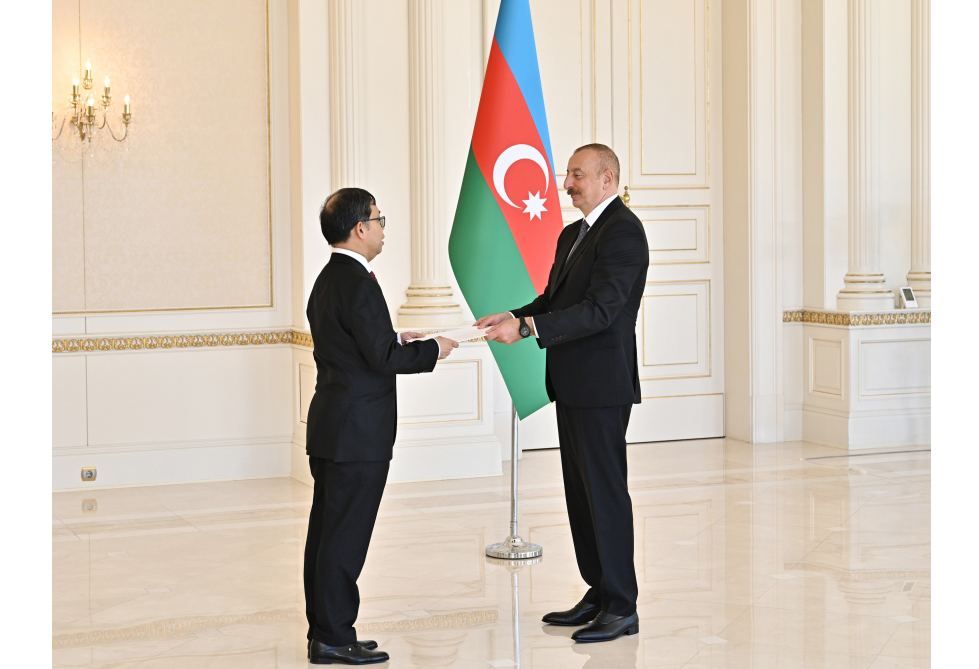 President of the Republic of Azerbaijan Ilham Aliyev accepted the credentials of the newly appointed extraordinary and plenipotentiary ambassador of the Kingdom of Thailand to our country, Apirat Sugondhabhirom.

The head of state had a conversation with the ambassador.

Hailing the level of bilateral relations between Azerbaijan and Thailand, President Ilham Aliyev stressed the necessity of revitalizing cooperation in various areas, particularly in tourism sector which is well-developed in Thailand, and underlined the possibility of establishing ties in the field of technology. Noting that there are a few companies from Thailand operating in Azerbaijan, the head of state expressed his hope that taking into account the existing potential of both countries the trade relations between the two countries will expand.

Saying that he is happy to be in Azerbaijan, Apirat Sugondhabhirom noted that he is deeply impressed by the beauty of Baku. The ambassador pointed out the existing potential of Azerbaijan and Thailand, adding that he would spare no effort in expanding the cooperation in various spheres, including in the field of tourism and establishing people-to-people contacts.

During the conversation, the sides also touched upon the issues of cooperation in the field of food processing.

Previous Azerbaijan approves agreements with Uzbekistan on cooperation in military, other spheres
Next Italian PM upbeat about Azerbaijan’s importance in providing Italy with natural gas