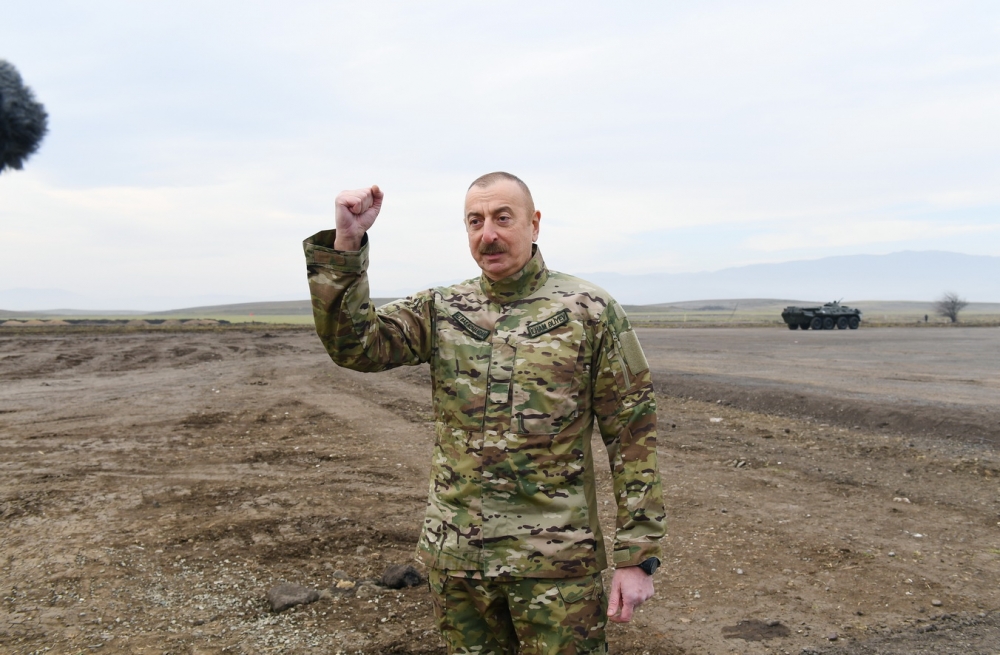 The head of state said: “The main purpose of this airport is to facilitate the arrival of foreign visitors to Shusha. The distance from here to Shusha is not very large. Taking into account the fact that the foundation of a new four- and in some places six-lane Fuzuli-Shusha highway was laid earlier today, foreign visitors will be able to arrive at the Fuzuli International Airport and travel to Shusha very comfortably and quickly.”

“I have declared Shusha the cultural capital of Azerbaijan. Work has begun to restore the city of Shusha, restore its historical appearance. A second international airport will be built in our liberated lands in Kalbajar or Lachin districts. A site is now being selected and the construction of two international airports must be completed in the near future.

The great return begins. All work has begun. I am sure that just as we drove the enemy out of our lands in a short time – in a matter of 44 days – we will restore our ancestral lands of Karabakh in a short time,” President Ilham Aliyev added.