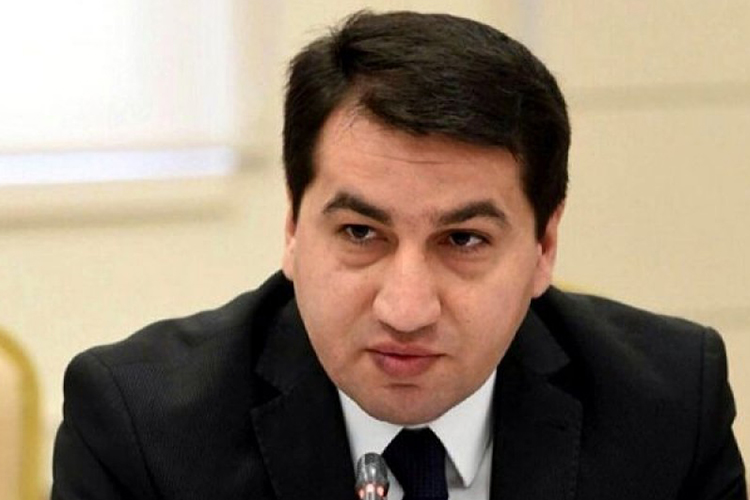 “The number of Azerbaijani diplomatic missions worldwide increase. This is a clear example of the expansion of geography our foreign policy,” Hikmat Hajiyev, the head of the Foreign Affairs Department at the Presidential Administration of Azerbaijan, said during his speech at the presentation of the electronic resource of the Presidential Library on “Azerbaijan Diplomacy”

According to him, the number of foreign diplomatic missions in Azerbaijan also grow.

The head of the department stated that today Azerbaijani diplomacy with its professionalism is committed to the tasks set by the head of state firmly, diligently and faithfully: “Our diplomats represent Azerbaijan worthily in very difficult countries, in the countries in which exist hard socio-political situations, far from their homeland. It is gratifying that the number of young people and women are increasing among them.”

H. Hajiyev stressed that graduates of the ADA University work in the Ministry of Foreign Affairs and the diplomatic missions of Azerbaijan abroad.