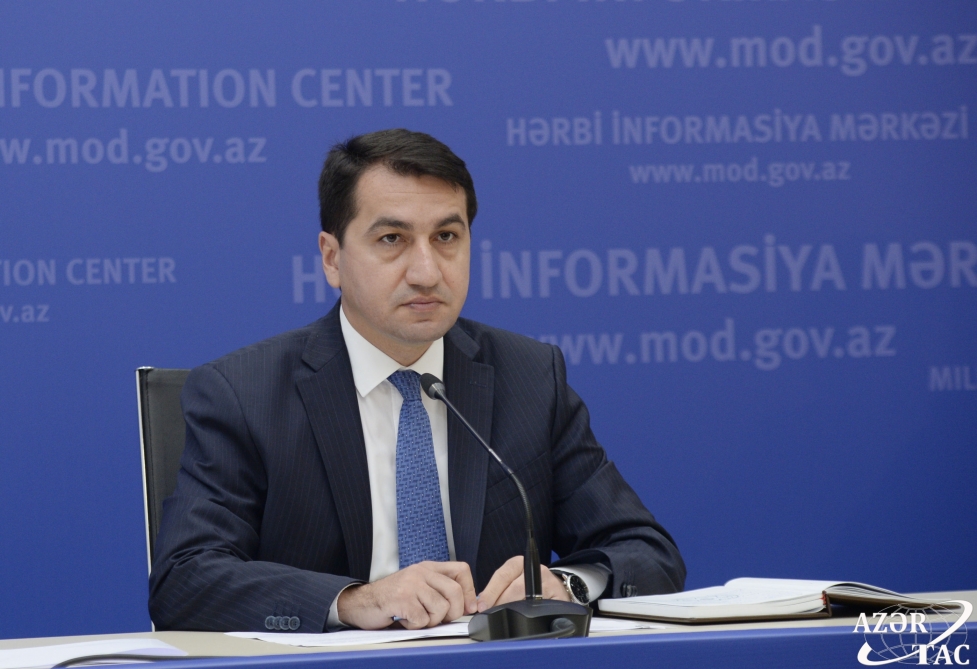 “We strongly condemn threats and hate speech insults by French Armenian lobby against TF1 and its correspondent Liseron Boudoul for doing her professional work to cover the plight of Azerbaijani civilians and ongoing war Armenia-Azerbaijan,” Hajiyev wrote on his official Twitter account on November 4.

Under his tweet, Hajiyev posted the Council of Europe portal link headlined “Platform to promote the protection of journalism and safety of journalists”.

It is reported in the page that TF1 and Journalist Liseron Boudoul “received dozens of insulting messages on social media after broadcasting a report on the situation in Nagorno-Karabakh on 22 October 2020. The report showed daily life on the Azerbaijani side of the front line. Shortly after its broadcast on the evening news, Boudoul faces a flow of hate speech and insults which lasted for several days”.

On 23 October, 300 members of the Armenian community demonstrated outside TF1’s headquarters in Paris in protest against what they regarded as the TV channel’s biased coverage. The channel decided to remove the report from its website, the report added.

Previous Azerbaijan’s Defense Ministry: Azerbaijani Army does not fire at residential settlements and civilian infrastructure
Next Book about Shusha published in Baku