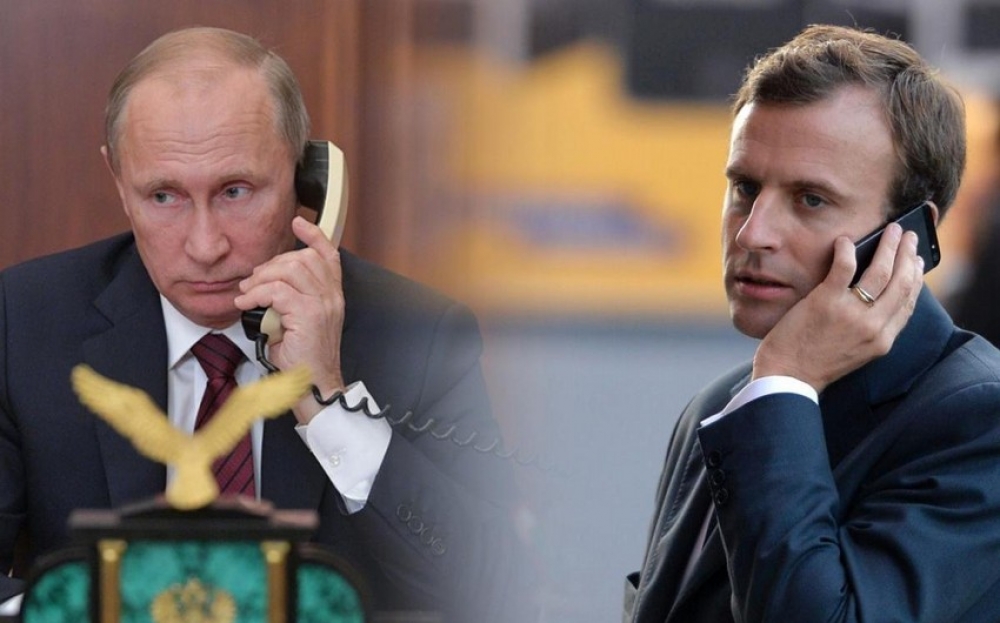 Presidents Vladimir Putin of Russia and Emmanuel Macron of France are determined to continue joint efforts to resolve the Nagorno-Karabakh issue, the Kremlin press service said in a statement following a telephone conversation between the two leaders on Thursday, according to TASS.

According to the press service, the Russian president briefed his French counterpart on the implementation of the trilateral statements that Russia, Armenia and Azerbaijan signed on November 9, 2020, and January 11, 2021.

“The parties pointed out that the situation in the region was stable in general, steps were being taken to restore economic and transport ties in the South Caucasus and meet the humanitarian needs of the people. Both parties expressed determination to continue working together on various aspects of the Nagorno-Karabakh issue, primarily within the OSCE Minsk Group,” the statement said.

In addition, Putin and Macron also discussed a number of other regional issues, including those related to the African continent, the Kremlin press service said. “The parties agreed to maintain contact,” the statement added.