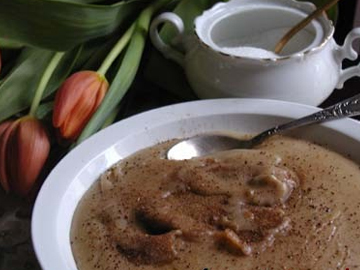 Quymaq is a rich Azerbaijani dessert, high in calories, made from the simplest of ingredients – flour, clarified butter and water.

It is traditionally given to mothers who have just given birth and to patients after surgery to keep their strength up. Cinnamon adds a pleasant flavour to quymag and turmeric can be added too. Quymaq should be served hot. 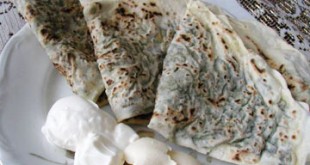 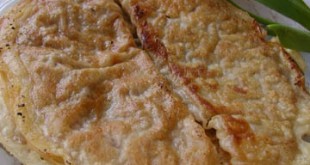 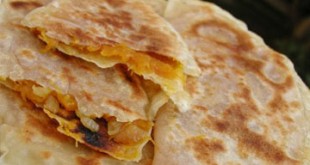