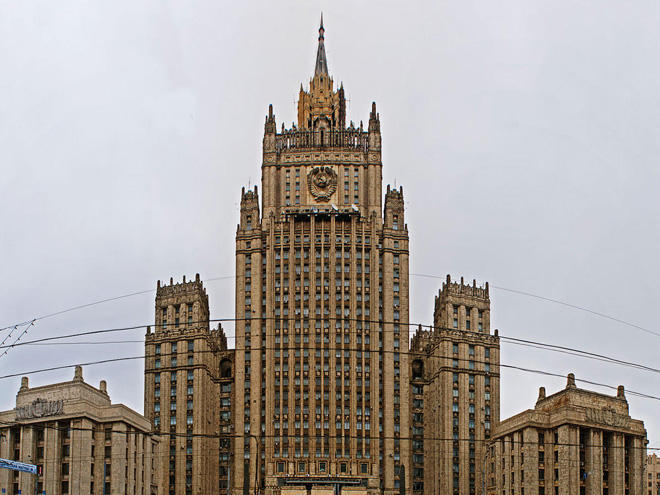 An action plan for the development of key areas of Russian-Azerbaijani cooperation for the period up to 2024 sets up the basis of trade and economic cooperation, Trend reports citing the statement of the Russian Ministry of Foreign Affairs.

According to the message, the action plan includes five roadmaps, which envisage the removal of obstacles to mutual trade, the development of transport infrastructure, the creation of joint high-tech industries, the use of Russian technologies to improve the efficiency of the Azerbaijani economy, and the growth of mutual tourist exchanges.

In November 2020, a new, sixth ‘road map’ was signed on cooperation in the field of innovative development and the digital economy, the Russian MFA noted.

The statement said Azerbaijan is the main trade partner of Russia among the CIS countries that are not members of the Eurasian Economic Union (EAEU).

“Russian-Azerbaijani cooperation is progressively developing in all directions. Azerbaijan is an important strategic partner of Russia, which is confirmed by the statistics of bilateral contacts at the highest and high political levels. Over the past period, Russian President Vladimir Putin and Azerbaijani President Ilham Aliyev have held more than 100 negotiations in various formats. Active work is being carried out along the government line, at the level of parliaments, relevant ministries and structures, which objectively contributes to the strengthening of stability and security in the South Caucasus and the Caspian region,” the message reads.

“As of early 2021, over 150 international legal acts have been signed between the two countries. At the same time, the fundamental bilateral documents are the Treaty on Friendship, Cooperation and Mutual Security between Russian and Azerbaijan dated July 3, 1997 and the Declaration of Friendship and Strategic Partnership between Russia and Azerbaijan dated July 3, 2008,” the Russian MFA said.

Reportedly, in 2020, Russia and Azerbaijan, based on the principles of good neighborliness, mutual assistance and equality, closely cooperated in the fight against COVID-19.

“The ministers of health of Russia and Azerbaijan, heads of other specialized structures are in constant contact. The Azerbaijani side was provided with 120 test systems for 12,000 studies to detect coronavirus infection. In the summer of 2020, teams of experts from leading Russian medical centers were sent to help Azerbaijani doctors,” the MFA message said.

Previous Azerbaijan, Pakistan mull cooperation in SMBs
Next Azerbaijani FM: We always stand prepared to contribute to security and cooperation at regional and global levels