Home / Politics / Russian media: Armenian PM ready to sacrifice his country for his own sake

Russian media: Armenian PM ready to sacrifice his country for his own sake 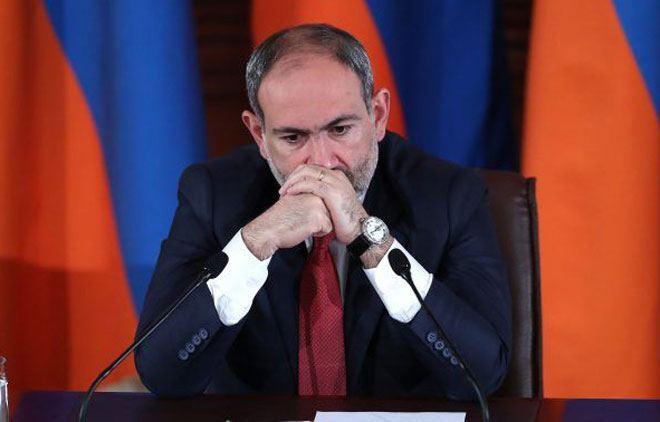 The new military escalation in the Nagorno-Karabakh conflict zone has been going on for over a month, an article published in Russian Vestnik Kavkaza media outlet said, Trend reports.

According to the article, Yerevan refuses to negotiate with Baku mediated by Russia, and Armenian Prime Minister Nikol Pashinyan declares his approach to resolving the Karabakh conflict under the slogan ‘war to the last soldier’.

“The weakness and uncertainty of the authorities, which for many years were accompanied by the absence of a concept of building their own statehood and relations with neighboring countries, led Armenia to a state of war, and its current stage has entailed the collapse of the country’s political, military, economic and ideological system,” the article noted. “For 25 years, thanks to the strong clan power and the bureaucratic apparatus tied to it, the loyalty of the Armenian public to the position of Yerevan in the negotiations on Karabakh was ensured. The idea of ​​confrontation voiced throughout Armenia and beyond its borders in the national diaspora circles, was to search for a factor of stability and consolidation, and from a legal point of view – in the search for legal mechanisms to legitimize military aggression and occupation. What did this lead to?!”

“The political populism of successive regimes methodically diverts the attention of society from internal economic and political problems. In Armenia, there is an uncontrolled change in the ethnic-demographic structure of society and the associated transformation of production systems and the labor market,” the article further stated. “Aggravation of enmity between peoples, groundless accusations of aggression on neighbors and unwillingness to recognize the results of the occupation, allow Yerevan to relieve itself of responsibility for creating conditions for the peaceful residence of the Armenian and Azerbaijani communities on the territory of Karabakh, that is it has always been easier for Yerevan to accuse Baku of all mortal sins than to create an extensive multi-level contact group to work out security mechanisms in the region.”

“The war made it possible to endlessly attract diaspora funds to support the occupation policy, especially to cover the current expenses of Armenia itself. It’s difficult to understand why Pashinyan chose the tactics of resistance to the last soldier in the face of Azerbaijan’s military superiority. Probably, the prime minister is trying to gain time in the hope of lobbyists supporting the separatists’ interests in the US, but there is now the final stage of the presidential campaign, so Yerevan cannot count on full assistance from the American diaspora. Armenian-Russian relations obviously cooled during Pashinyan’s term in power, and Yerevan has no right to count on the support of the CSTO in resolving the Karabakh conflict,” said the article.

“Today Pashinyan faces a choice: the termless occupation of Karabakh or the beginning of negotiations on de-occupation, thanks to which it’s possible to prevent the death of people. The prime minister will probably choose the first option, since the dynamic nature of the events on the Karabakh front, a kind of euphoria of political leaders and clans reveling in the awareness of sovereign freedom and enthusiasm for the struggle for power, pushed the issue of establishing peace with neighbors into the background,” pointed out the article. “However, in this way, the Armenian authorities create conditions under which the Karabakh crisis can develop into an acute social problem in Armenia itself. The crisis of state structures, with which the country is at risk of facing in the foreseeable future, could turn into a humanitarian collapse.”

“Yerevan may find itself in international isolation since by sacrificing its own people in the interests of ethno-territorial mafia structures, the Armenian leadership risks losing both its closest partners and representatives of the multi-million diaspora,” summed up the article.

Despite the fact that so far the parties have reached an agreement on a humanitarian ceasefire three times, Armenia continues to violate this agreement.