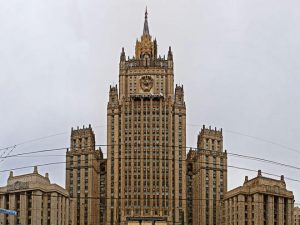 There is a very high level of bilateral relations between Russia and Azerbaijan, Spokeswoman of the Russian Foreign Ministry Maria Zakharova said at a press conference Dec. 13, answering the question of Trend’s correspondent.

“We have a very high level of development and prospects for bilateral relations,” said Zakharova. “They are implemented in various fields and areas. The dynamics are very positive.”

She noted that positive dynamics is observed not only in the political and humanitarian spheres, but also in all other areas of interaction between the two countries.

Azerbaijan’s trade turnover with Russia amounted to almost $2 billion in January-October 2018, according to Azerbaijan’s State Customs Committee. At the same time, the export of Azerbaijani products accounted for $509.98 million. Compared with the same period last year, the trade turnover between the two countries increased by 20 percent.