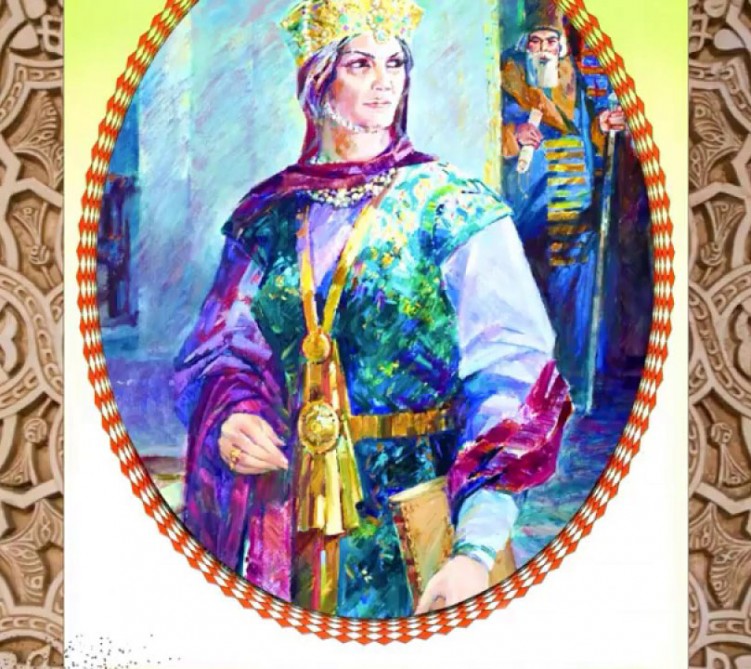 Azerbaijani women occupy an irreplaceable position in the country’s history. One of them was the first woman diplomat in the East Sara Khatun. Sara Khatun was born in Bayandur region. She played an important role in the policy of Agqoyunlu state as an outstanding diplomat and public figure. She was Agqoyunlu ruler Uzun Hasan’s mother.

Sara Khatun was a skilful diplomat and headed embassies for the purpose of regulating disputed issues. Sara Khatun was also famous on the west, ambassadors of foreign countries often took advantage from her influence on her son. Negotiations with Mehmed II, Sultan of the Ottoman Empire were especially successful.

During these negotiations Mehmed II and Sara Khatun called each other “mother” and “son”.

Sara Khatun played an important role in strengthening of Agqoyunlu state, in defining and implementing its foreign policy. With great effort and successfully she carried out the most complicated diplomatic missions of Uzun Hasan.

Uzun Hasan asked for her advice in all foreign policy issues and sent her to the most responsible talks. She held talks not only with the separate diplomats of the foreign countries, but also with the Teymuri ruler Abu Said, Osmanli Emperor II Mehmed, and successfully defended the foreign political interests of Agqoyunlu state. The Yassichemen peace signed with Sultan Mehmet II in 1961, is of great importance in Sara Khatun’s work as a diplomat. In accordance with the information in hand, this peace contract was one of the first agreements she signed with the foreign country rulers. Sara Khatun presided over the Agqoyunlu envoys, who held negotiations with the Teymuri ruler Abu Said (1468). This Azerbaijani lady was well-known and highly respected in the European countries as well.