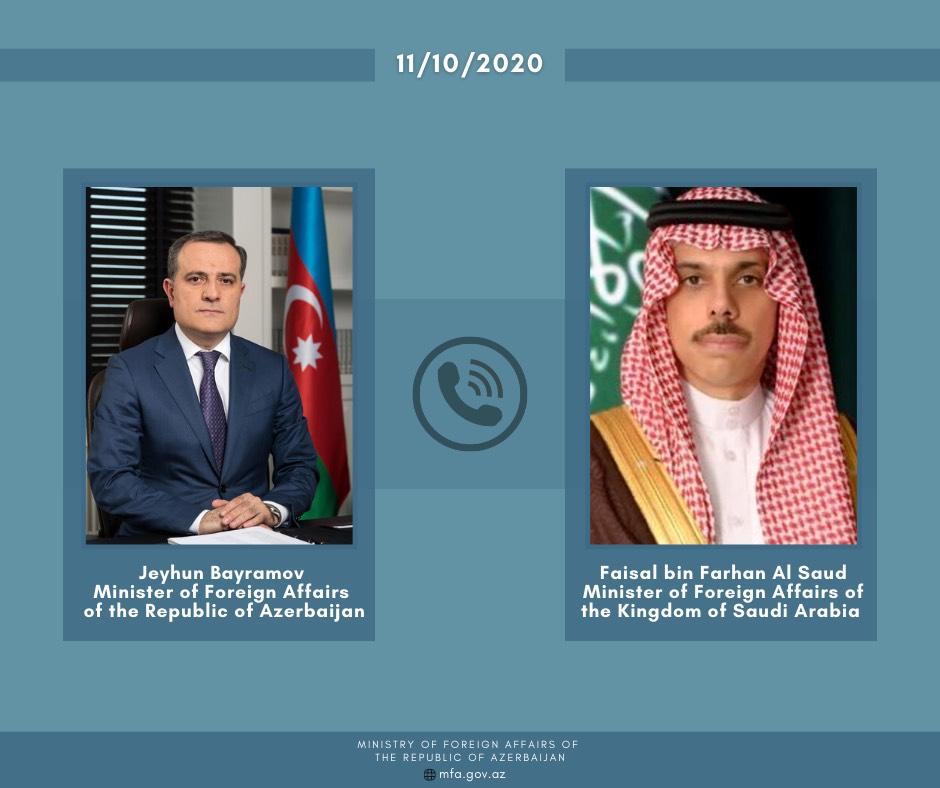 During the conversation, Bayramov briefed his counterpart on the latest tension in the region, in particular the purposeful targeting of Azerbaijani civilians and infrastructure by Armenia.

He underlined that after the humanitarian ceasefire was established, the Armenian armed forces fired rockets at Ganja, Azerbaijan’s second largest city, far from the frontline, killing 9 civilians, injuring 34 other including minors.

The minister stressed that Armenia’s deliberate firing on civilians, homes, civilian objects and medical personnel as part of its aggressive policy against Azerbaijan, once again demonstrates the country’s disregard for fundamental norms and principles of international and humanitarian law, including Geneva Conventions.

Moreover, Bayramov emphasized the need to implement the UN Security Council resolutions in order to ensure peace and security in the region.

In turn, Saudi Arabia Foreign Minister expressed his concerns over the tense situation in the region and noted the importance of resolving the conflict through political dialogue.

Forty one civilians have been killed and 205 others have been injured since the outbreak of large-scale hostilities on September 27, after Armenia launched another attack along the line of contact. As a result of the shelling of civilian infrastructure facilities by the occupying country’s armed forces, 1,165 houses and 57 multi-apartment residential buildings, as well as 146 civilian facilities were severely damaged.